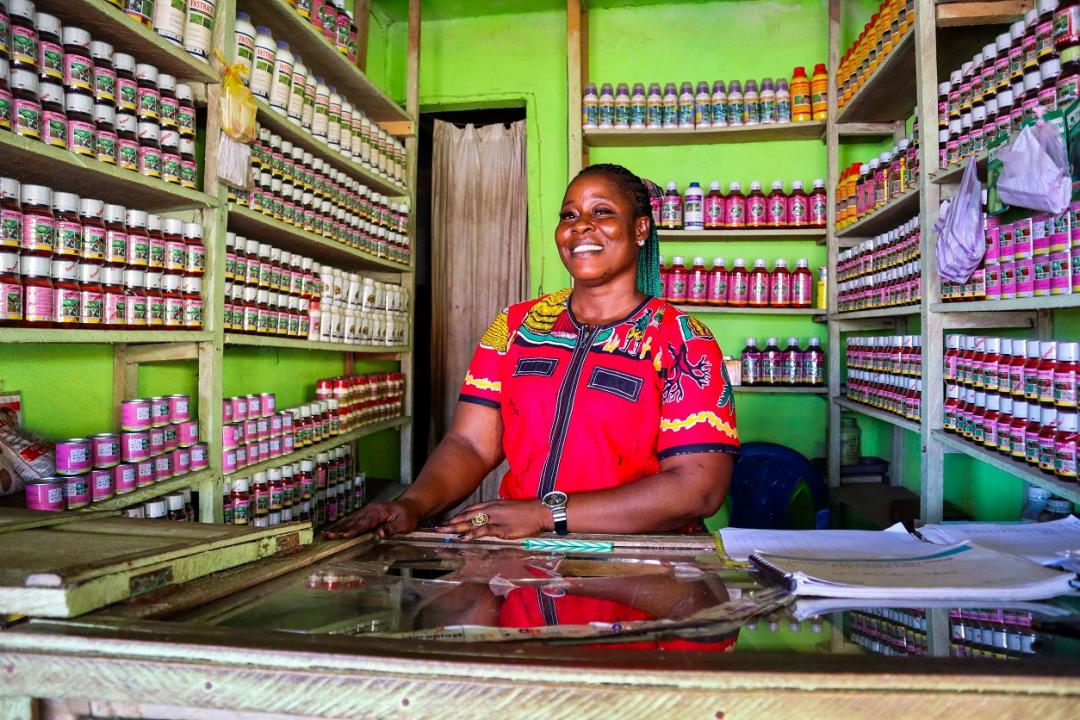 Sabine Garbarino is a Gender, Diversity and Inclusion specialist with over 15 years of research and consulting experience. She specialises in facilitating gender equality and inclusion in economic development programmes and has successfully supported private sector partners to adopt inclusive business strategies in agriculture, infrastructure and skills training. Sabine is the gender and diversity lead for GROW Liberia.

In much of the world, women power agriculture. About 60 percent of productive agricultural labour in sub-Saharan Africa is conducted by women (United Nations 2015). However, gender-specific barriers to land, agricultural inputs, financing and markets put female farmers at a significant disadvantage compared to their male counterparts (Quisumbing and Pandolfelli 2010, Huyer 2017). This is not just a question of fairness but undermines productivity and food security. Closing the gender gap in agriculture would raise total agricultural output in developing countries by between 2.5 and 4 percent, which could in turn reduce the number of hungry people in the world by 12–17 percent (FAO 2011).

At GROW Liberia we believe that gender data is essential to close the gender gap in agriculture. Sex-disaggregated data and research on women has challenged us to keep our promise to deliver tangible results for female farmers in Liberia. Gender data, though, is much more than a means to prove impact. Gender data has fuelled our journey towards closing the gender gap and ensured that an aspirational inclusion strategy has become programming reality.

Women play essential roles in agriculture. At the same time, we don’t know nearly enough about rural women’s access to and management of resources, the diversity of their income sources and how they use their time (Mohamedou 2020). Without data, women are not being counted and their work remains invisible (Criado Perez 2019). Programming support to agricultural development and food security is undermined by a partial and biased understanding of reality.

This emerged for us, for example, when we looked at so-called “male” and “female” crops, a notion that is stubbornly prevalent across agricultural development in Africa. In this stylised view, men as family providers grow cash crops and women, responsible for feeding the family, grow subsistence crops (e.g. Schuster and Lambrecht 2017).

Suspecting that the reality of a gendered division of labour within farming families is more complex, we set out to investigate the common assumption that rubber, one of the sectors GROW was investing in at the time, was largely male with women playing a negligible role. And in fact, our analysis showed that while men are found in highly visible roles as farm owners and tappers and dominate activities that provide better income, such as selling rubber or supervisory positions, women are far from absent in the sector. They own rubber plantations, work as tappers (the process to extract rubber from the trees), and are valued as efficient agricultural workers on commercial farms.

Good and timely gender data is essential to improve the quality of programme delivery.

Generating good gender data is essential. However, on its own it is not enough to address barriers women face when they try to access agricultural services and programme innovations. Data needs to be followed by action and adaptation to foster inclusion.

GROW was able to make active use of its gender data by closely integrating its monitoring, evaluation and learning (MEL) system with implementation and sector strategies. For example, building on a gendered value chain analysis, our work in the cocoa sector was adjusted annually – informed by new evidence, generated through a combination of qualitative research and existing – largely quantitative – monitoring data. This allowed us to adjust how good agricultural practice training was delivered, increasing female participation from 21 per cent to 36 per cent within a year. At the same time, insights from our research helped us to increase the number of female Village Coordinators (VCs) selected by cooperatives to train farmers from one single female VC in April 2019 to 303 by September 2019, representing 47 percent of VCs across the participating cooperatives. We knew that female farmers are essential to cocoa quality and productivity (largely through their role in post-harvesting) and our data helped to prove it: including female farmers in good agricultural practice training resulted in 36 percent higher cocoa yields for farming families.

Gender data is the basis for building the business case for inclusion, which is a top motivator for inclusive business investment.

As a market systems development program that offers advisory to a range of partners, GROW Liberia most often collaborates with the private sector to drive inclusive growth. It is the agricultural cooperatives that hire VCs to train farmers or agro-dealers who design and carry out marketing strategies to sell seeds and fertiliser. While some businesses are intrinsically motivated to support women (as employees, as entrepreneurs in value chains, or as customers), others need more convincing. Data is a powerful way to do just that.

Closing the gender gap in agricultural inputs is a well-documented driver of increasing agricultural yields (Feed the Future 2019). Our data told us that around 60 percent of Liberia’s vegetable farmers are women. Yet, on average, women made up well under a third of the client base of Liberian agro-dealers. This large, untapped market provided a perfect entry point to discuss with our partners how they could grow their client base and boost turnover by more actively reaching out to female farmers. Selling inputs at stalls at the weekly markets where women sold their produce or selecting female sales agents to increase knowledge on the right input use for female farmers were just some of the strategies employed. Subsequently, our data showed that input sales to female farmers have grown by 248 percent (compared to a 73 percent growth for male farmers) and agro-dealers witnessed an increase of female clients from 28 percent to 33 percent within one growing season.

It is the basis for accountability, can prompt and inform changes to interventions and programme strategy, puts the spotlight on women’s often otherwise invisible roles and activities, and provides an important component of an influencing strategy. For GROW Liberia, the consequence of more and better data was visible through disaggregated indicators, qualitative studies and insights or estimates of the commercial value of inclusion for companies.

But, gender data also yielded less tangible results: research was frequently done in collaboration between Gender Equity and Social Inclusion (GESI) team members, intervention and sector teams and MEL experts—the data collection process itself provided a platform for multi-disciplinary learning and knowledge exchange that paved the way for a shared commitment and responsibility to act upon data and evidence.

We learned that it cannot be the task of one team or individual alone: team work between gender specialists, interventions teams and MEL experts under clear leadership is essential. And while gender data alone will not magically solve inequalities in agricultural development, closing the gender data gap is a key ingredient for truly inclusive programming.

A version of this article was originally published by Business Fights Poverty.

From hive to bottle: Building transparency and trust through traceability