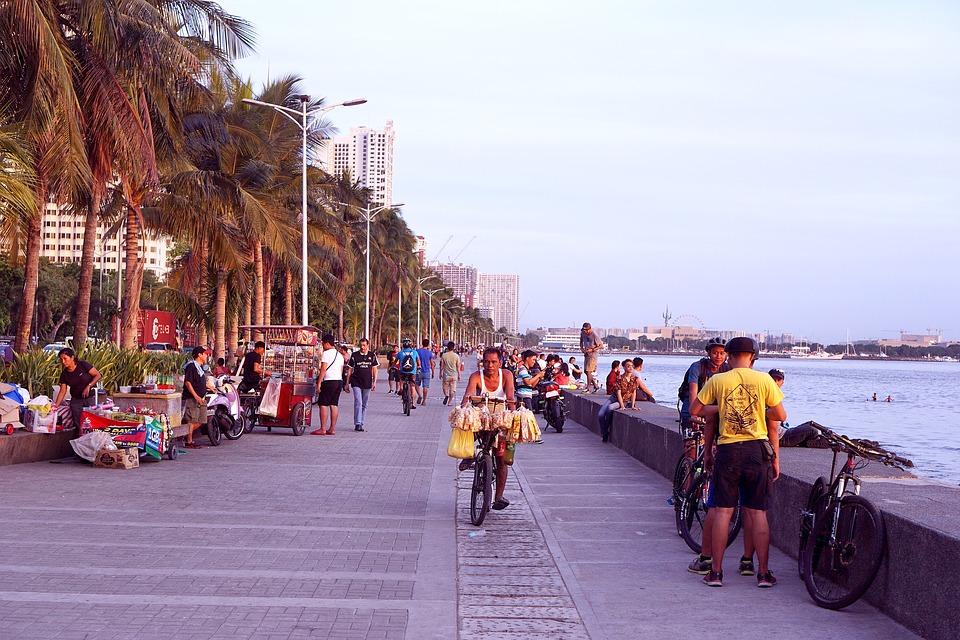 Markus is responsible for iBAN’s activities in Asia. He supports companies to scale up their IB models and policymakers in the development of enabling policy environments. With a background in the private sector, Markus moved to the Philippines in 2008 and set up ASEI Inc., which developed into a leading IB and renewable energy consulting firm in the region working with ADB, GIZ, World Bank and the private sector. Among others, he authored the ADB IB country studies of the Philippines and Tajikistan and engaged in policy advisory for governments on IB and renewable energy incentive programs. Markus is also a committed social entrepreneur who co-founded Hilltribe Organics in Thailand, which engages hill tribe communities in organic farming. Markus holds a degree in Business Studies from CASS Business School and a master degree in International Community Economic Development from Southern New Hampshire University.

Inclusive Business in the Philippines - From Nascent to Emerging

In 2012 I had the opportunity to conduct the ADB country report on Inclusive Business (IB) in the Philippines. The major obstacle I encountered was the lack of knowledge or understanding of the term IB, i.e. a medium to large company that includes the low income population in its core business model to create shared value and contributes towards solving a systemic poverty issue at scale, making it an uphill battle to even find the required number of companies for the study.

Fast forward to 2014, the government considers ways of including IB in programs and investment priorities, leading business associations have included IB in their programs, more impact investors are focussing on the Philippines, the newspapers write about it and a growing number of firms define themselves as IB. What has happened?

The main finding of the study was that IB was at a “nascent” state not only in regards to the number and impact of the companies but also the entire eco-system which includes finance institutions, government and donors. However, there were already a number of trailblazing companies in nearly every sector, which through their participation in several ADB, PBSP and ASEI organized fora, offered proof to the value of IB to development which initiated the “emergence” of IB in the country.

On the other hand, the government’s inclusive growth agenda is not yet felt by the population, especially the BoP. Despite having the 2nd highest GDP growth of 7.5% in Asia in 2013, the poverty level and un- and underemployment rates remain stubbornly high and are one of the highest in the entire region.

Job generation for the low income population is therefore at the centre of attention in the discussion on IB in the Philippines. Thus far, companies with successful business models in this area come mainly from the agribusiness and food and beverage industry having developed and implemented holistic inclusive business models, such as Jollibee’s Farmer Entrepreneurship Program, Nestlé’s Néscafe Plan, Rocky Mountain Arabica Coffee Company and Kennemer Foods Inc. which are all on track to provide tens of thousands of jobs

Access to relevant and affordable products and services, the second major area of IB, is provided by selected few companies, such as Phinma Properties which successfully piloted the first private sector led PPP on inner city relocation providing housing to the BoP and CARD MRI, the largest Philippine microfinance institution, which expanded access to health insurance and remittances services to its 2m clients. With more than 20% of the population lacking access to electricity, the mini grid operations of the PowerSource Group are an interesting example of IB in the utilities sector, as well as Manila Waters’ successful expansion to provide piped water to the informal settlements in Metro Manila. The IT sector was represented by the two major mobile phone operators, Smart and Globe, which innovated on the load delivery for mobile phones thereby expanding the reach of mobile services to all income sectors and introducing new services such a mobile phone based microfinance and health services to its clients.

In summary, there remains a great deal to be done until the vision that IB is the new imperative of doing business in the Philippines becomes reality. However, as the eco-system around IB gets stronger and provides the necessary environment for IB to succeed, IB emerges as a recognized private sector solution contributing to poverty alleviation in the Philippines at scale.

Markus Dietrich, the co-Founder and Director of ASEI Inc. is a recognized inclusive business and renewable energy specialist with extensive experience in research, project development and consulting. His broad knowledge of the BoP market and the development, financing, and operation of social and inclusive enterprises in the Philippines is the foundation for his consulting work with the Asian Development Bank, GIZ, ASOG iBoP Asia program, BCI Asia and various social enterprises.

He can be reached at markus.dietrich@asei.com.ph