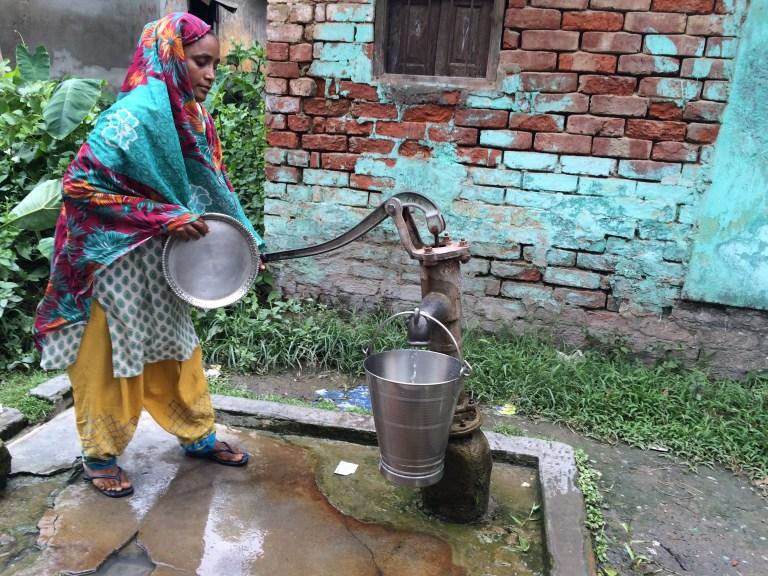 Anthony Randazzo, CFA, is an impact investment professional with extensive emerging and frontier market experience. He currently serves as an investment director at the U.S. International Development Finance Corporation (“DFC”), where he conducts credit analysis on debt investments in social enterprises and impact investment funds across a range of sectors and geographies. Earlier in his career, he worked in the field of international consulting and managed a USAID funded technical assistance program for central banks in the Western Balkans. He later worked as an investment officer for two impact investment asset managers (Triple Jump and Calvert Impact Capital) before joining the DFC. Anthony writes on the subject of impact investing and is the creator of the Impact Money Blog, an independent source of information about impact investing and social entrepreneurship.

India: The World’s “Laboratory of Social Innovation and Impact Investing”

Of all the countries I have made investments in, none has had more appeal than India. While my investment remit is global, over one-third of all the impact investments I have made in the last 8 years have been in India. It is the impact investing hub of Asia. With over a billion people, nearly one-quarter living in poverty, the country faces daunting developmental challenges. At the same time it is the birthplace of many innovative social enterprise business models that are revolutionizing the delivery of affordable basic services to the poor at scale. This combination of enormous challenges and creative solutions is what has kept me coming back. That is why I was pleased to recently learn I am not alone in this view.

As one of over 700 attendees from two dozen countries attending “India Impact Investing Week” a virtual conference organized by the Impact Investors Council of India (“IIC”), I heard many others express enthusiasm for its impact investing opportunities and innovative solutions. Over the last decade, India has attracted $10.8 billion in impact investments, with investment flows growing at an annual rate of 26%, according to the IIC. Most of this was realized in the just last two years (2018-19). So, what factors make India such a favorable impact investment destination?

Private equity investors seemed to list the most reasons for optimism. Robert Antablin, co-head of impact investing at KKR, described the impact investment opportunity as “phenomenal,” citing India’s “demographic tailwind” with a young workforce and growing consumer demand. Other factors such as the penetration of mobile phone usage, an increase in on-line payments and the growth of e-commerce have benefited the emergence of tech-enabled social businesses. Compared to other Asian emerging markets, India also produces a healthy pipeline of new investment prospects thanks to over 100 start-up incubators, several of which are socially-focused, according to Komal Sahu, head of Sustainable Finance for the Asia Venture Philanthropy Network. She also notes the presence of local impact funds as well as intermediaries like Unitus Capital that are helping social enterprises raise capital at different lifecycle stages.

Dimple Sahni, Managing Director of Impact Funds Portfolios for Anthos Fund and Asset Management, also listed multiple success factors, such as an English speaking workforce, vibrant capital markets on which to realize equity exits and, “the largest density of NGOs in the world” making it possible for blended finance models to create innovative fund structures and investment products. But the most important factor for her was summarized in just one word, scale. India’s sheer population density makes it, “a petri dish to experiment on impact investing… the amount of lives that you will impact is massive.”

While equity investors were optimistic, international debt investors expressed strong interest tempered with degrees of frustration over India’s regulatory framework, which limits borrowing from abroad. Speaking candidly about the regulations, one participant said, “India is frankly not the easiest place to get debt capital into.” While the situation has improved, further relaxation of regulatory norms coupled with proper government incentives could unlock more foreign and domestic lending for impact. Of the $10.8 billion in impact investment realized in India over the last decade, only 28% was in the form of debt, according to the IIC.

While microfinance has been a trailblazing example of how government policy successfully incentivized commercial bank lending, Royston Braganza of CEO of Grameen Capital said other sectors have felt neglected. He thinks what worked for microfinance could be used to promote investment in sanitation, agriculture and affordable education, opening the “floodgates” for impact debt. In his view, “unless we get debt into social enterprises, businesses will end up using equity for their working capital needs,” making it difficult for them to scale. Since equity is both expensive and dilutive for small businesses, what is needed according to Braganza is for India to find more ways, “to bring in debt strategically, thoughtfully and catalytically.”

A laboratory for social innovation

Despite these challenges, I felt reassured from the overall mood shared by attendees that India is an interesting and innovative destination for impact investing. The scale of the problems India faces creates both challenges and opportunities, and what succeeds in India could have relevance beyond its borders. Echoing this view, Eric Savage of Unitus Capital said India is, “uniquely positioned as the world’s laboratory for social innovation and impact investing.” He said there are constant experiments going on that have ramifications not just for hundreds of millions of low income people in India, but across the world.

I asked Eric for his favorite example and his response surprised me. He pointed to a fast-growing affordable healthcare chain called Narayana Health, one of the largest performers of heart surgeries in the world. Narayana has used micro-insurance and scale-enabled cost cutting measures to make quality healthcare accessible to all income segments, including the poor. Its success has engendered an Indian medical tourism industry and enabled it to open a hospital in the Cayman Islands, serving patients from the Caribbean, Central America and beyond. Which begs the question, could an Indian social enterprise located off the shores of Florida offer affordable healthcare to Americans too?

Naryana Health was first featured in a PBS News Hour segment in 2015.

For another example of an innovative social enterprise in India, see my blog on Kaleidofin.

This article was originally published by The Impact Money Blog.