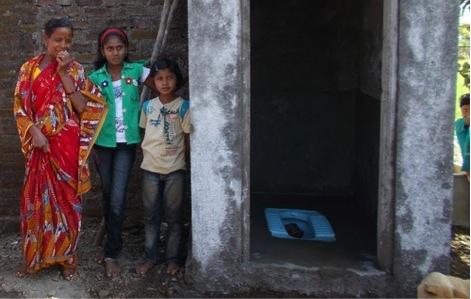 The Next Generation of Sanitation Businesses

In the past few years, governments and the development community have seriously stepped up their efforts to tackle the sanitation crisis. Two emblematic initiatives are the launch of the Clean India mission (‘Swachh Bharat’) by Indian Prime Minister Modi in 2014 – which aims to provide 560 million people with a toilet by 2019 – and the Reinvent the Toilet Challenge of the Bill and Melinda Gates Foundation started in 2011, which led to key technology innovations in the sanitation and waste management space.

Yet, are these efforts sufficient? The 2015 sanitation target of the United Nations Millennium Development Goals was missed by nearly 700 million people[1] – the largest gap among all MDG targets – and there are still a staggering 2.4 billion people globally who do not have access to improved sanitation[2], with dramatic consequences on health, life expectancy, educational opportunities, environmental quality, and economic growth.

One piece in particular that has been critically missing is the lack of profitable business models for developing countries. These could make a significant difference by ensuring sustainable growth of sanitation markets, attracting investments to the sector, and ensuring a better match between products and demand. A number of pioneers have started to develop innovative market-based solutions. Hystra has mapped and reviewed over 100 of these efforts, and visited 12 of the most promising initiatives[3]. We are sharing some insights of this research here.

In dense urban areas, practitioners agree that sewer networks are the desirable long-term solution. However, the reality is that municipalities are not managing to cope with fast-paced urbanization. The toilet options for slum dwellers are often limited to poorly maintained collective toilets, or open defecation in the gutter. In 2013, a team of innovators – from the design firm IDEO, the UK non-profit WSUP and Unilever –designed a new ‘portable toilet’ solution for dense urban areas. The latter consists of a modern-looking home toilet with a sealed container, which needs to be emptied every two to three days by a dedicated service team. A social enterprise, Clean Team, was launched to promote and run this service in Kumasi, Ghana. Similar projects emerged in Peru (X-Runner) and Haiti (SOIL), and all came up with the same finding: families are ready to pay high fees (up to $10 per month) for the service, which therefore has the potential to be turned into a profitable business opportunity.

Clean Team now serves over 1,000 households and is now preparing to scale up. This model recently inspired a private utility from the Philippines, Manila Water, to test a relatively similar service in one of its concession areas. Manila Water, a well-established organization which achieved outstanding results in water access[4], would leverage its assets – teams, infrastructures, connections, and trust-based relationships with communities – to turn the model into a successful large-scale endeavour.

Rural areas offer a different perspective. While families often have enough space to build a toilet, this would not be a priority for them, and the local supply may not exist. Some NGOs have focused on ‘market activation’, such as iDE in Cambodia. Their intervention consists both in building the demand, via behaviour change campaigns in villages, and building the supply by training and supporting local entrepreneurs who make and sell latrines. These efforts have been successful as they contributed to the construction of hundreds of thousands of toilets.

However, market activation activities come at a high cost – in the range of $20 for each toilet sold at $50 to families – which needs to be subsidized and limits their expansion. The Indian social enterprise Svadha has been implementing an innovative model since 2013. Firstly, they realized that people were more attracted by the visible shelter than the toilet itself. They hence redesigned a more comprehensive package comprising an attractive shelter, which answers consumer wants (versus needs) and is sold at around $200. Secondly, Svadha sources quality materials from national manufacturers and resells them to entrepreneurs with a margin to cover its market activation costs. Svadha has already distributed 10,000 toilets, proving that its entrepreneurs can be sustainable, and aims to breakeven by 2018.

Market-based initiatives bring a promising note to the sanitation sector. Yet they are all facing challenges in reaching sustainability and scaling up. In particular, the complexity of the sanitation value chain – from building toilets to marketing them, ensuring proper use and maintenance, and disposing or possibly re-using the waste – requires very different skills and assets. We should hence lastly stress the need for collaboration between social innovators, large companies, multilaterals and governments, as a critical piece to accelerate sanitation initiatives. The emergence of platforms that encourage collaboration, such as the Toilet Board Coalition, comes at the right time!