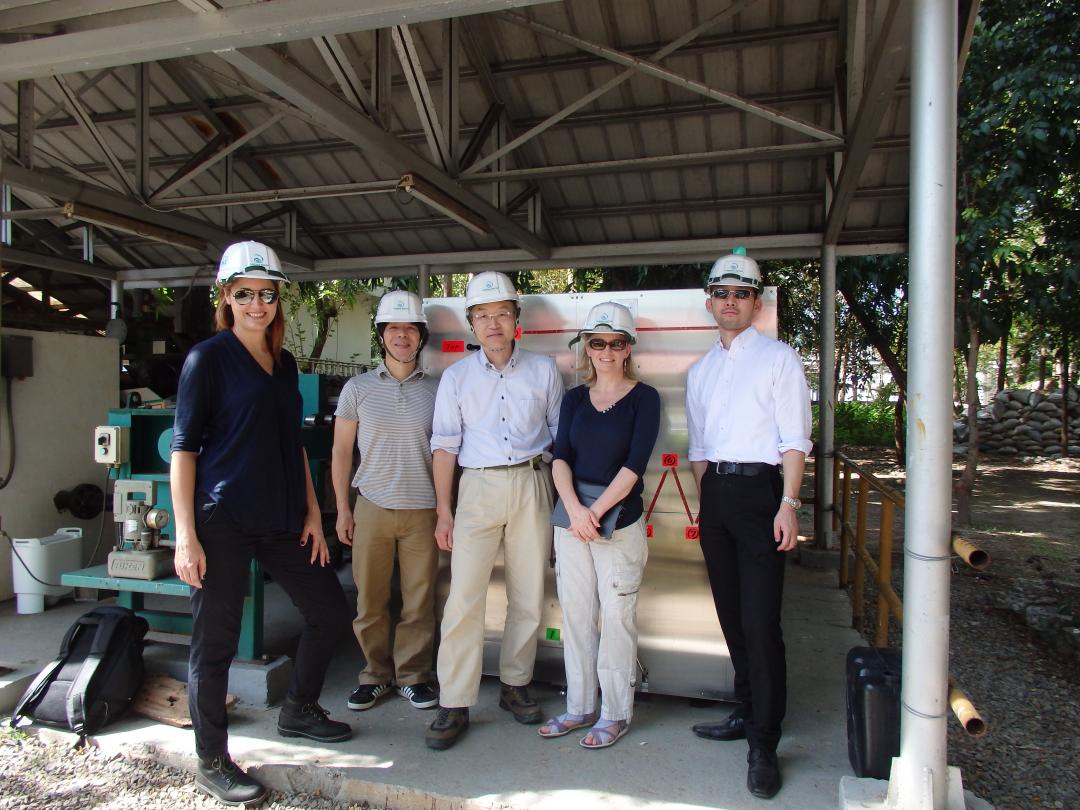 The Province of Laguna is a major investment hub outside of Manila, the Philippine capital. It is home to an ever increasing number of industrial parks, business districts, and residential communities. Laguna Water, subsidiary of Philippine water industry leader Manila Water, is providing water and sanitation services to support the demands of Laguna’s continued growth, and to ensure sustainable development.

Among the sanitation services Laguna Water aims to provide is the Portable Toilet Solution (PTS). The PTS is an initiative by the Toilet Board Coalition (TBC), which aims to address access to proper sanitation at the base of the pyramid. Pilot testing is set to be completed within 2016, while launch to the targeted base of the pyramid households will be in 2017.

A technology test-run of the initial mobile toilets design was conducted in mid-2015. Among the most important findings was that participant families are willing to use portable toilets due to their accessibility, ease of use, privacy, and the dignity that it affords them. However, there were issues observed with regard to size, the smell coming from the toilet and the difficulty of washing after use – washing, as opposed to wiping, is a Filipino cultural norm.

Apart from the test-run, an Optimisation Business Plan for the project has likewise been completed. To keep tariffs reasonable and ensure viability of the service, the PTS service will be bundled with water and other used water services – i.e. sewerage and desludging services.

Buy-in of various stakeholders is crucial for the success of the project. In September 2015, the Provincial Government guaranteed support for PTS. Laguna Water has secured the necessary Contract Amendment for the expansion of its service area to the entire province. This opens a wider market for the initial roll-out of the PTS.

From here on, until the PTS launch in 2017, Laguna Water looks to TBC and its Partners for assistance in the information and education campaign, as well as for availment-related support for the first 500 target households. To ensure sustainable operations, institutional partners will be tapped for output-based aid once the project has been launched. Additional output-based support for the supply of sanitation products shall be obtained from other Partners too.

The implementation of PTS in Laguna relies on a number of collaborative arrangements between actors in public and private sector. Laguna Water’s experience in the development of the PTS service highlights the need for such strategic partnerships. Interestingly, even the service provider, Laguna Water, is itself a partnership between the Province Government of Laguna and Manila Water Philippine Ventures.

Moving forward, more partnerships are needed for PTS implementation, and for its expansion to other territories. While the initial roll-out will be in Laguna, the immediate addressable market comprises other provinces and cities in the Philippines where the Manila Water group is currently operating. PTS is envisioned to be a replicable service that can be carried out in, and adapted to, different localities here in the Philippines and all over the world.

By bridging the gap between affordable toilets and the communities that need them most, PTS can significantly improve the lives of the poorest of the poor. It can address the health risks and diseases directly linked to poor sanitation, and inevitably save the lives of children who are most vulnerable to diarrheal disease, a leading cause of child mortality in the country. PTS can also significantly contribute to environmental protection. It can reduce the accumulation of untreated waste, which threaten our waterways. With all these at stake, the Manila Water group looks forward to forging more meaningful and successful partnerships towards sustainable business solutions.

This post is a part of the May 2016 series on Partnerships delivering inclusive businesses. View the whole series for more business examples, research and insights on partnering for impact.

Policy changes have big impact on inclusive business in the Philippines