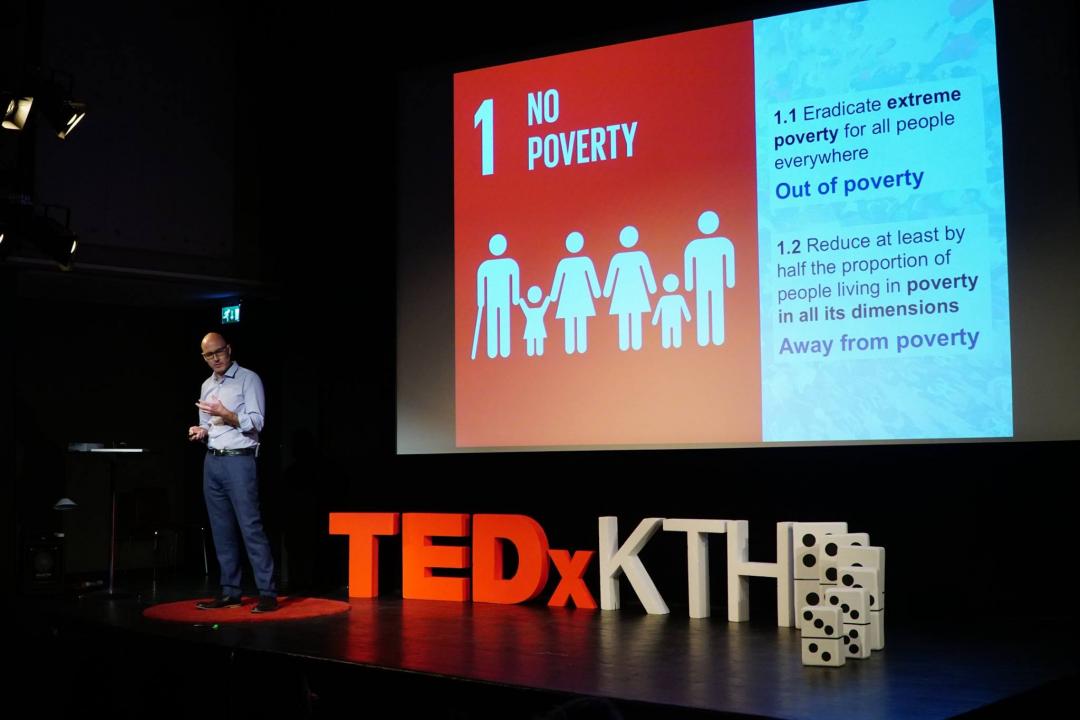 Since establishing Inclusive Business Sweden in 2013, Mike has led the development of the organisation towards its ambitious mission – to enable business to meet global development needs. Through this work, Mike has worked with a number of programmes and businesses to develop innovative, scalable and inclusive business models around the world. Mike is currently the Investment Matchmaking Manager for Sida’s €7.4 million challenge fund Innovations Against Poverty, and was previously Programme Director for the Inclusive Business Co-creation Accelerator – a three-year national innovation programme. Mike’s work on inclusive business has also included running co-creation camps in India, facilitating solutions development for Nairobi’s climate challenges, working towards an inclusive textiles and clothing industry in Bangladesh and Myanmar, the development of sanitation technologies for Kenya, and research focused on distribution channels in Ghana, which was published into the book “The Bumpy Road to the BoP”.

Prior to this, Mike worked as a sustainability consultant, working with climate change, responsible supply chains, sustainable product development and road safety. In Australia, Mike worked for Westpac, Australia’s largest bank, and Accenture, one of the world’s largest management consulting firms.

Mike has worked with a diverse range of clients, including the UN Development Programme, Sida, the Asian Development Bank, GIZ, Volvo Group, Unilever, Vinnova, Swedish Agency for Economic and Regional Growth, and the Confederation of Danish Industry.

Mike has a Masters of International Business and Trade from the University of Gothenburg, speaks English and Swedish, is a father of two, and has travelled to over 70 countries around the world.

Time for a TED talk: 4 billion and one reasons to make business more inclusive

Earlier this year, I got the chance to tick something on my bucket list – to share my ideas with the world through the medium of a TED talk. I was invited by the prestigious KTH Royal Institute of Technology in Stockholm to do a TEDx talk under the theme of “Non Nobus Solum” (not for ourselves alone) in January 2019. But how would I use my 15 minutes of fame? Of course, I knew instantly that I was going to talk about “inclusive business” – an area I have been working with passionately since 2010. But what could I say that hadn’t already been said?

Yes – anyone who has been introduced to inclusive business understands that the so-called “base of the pyramid” – the 4 billion people living on less than $8 a day – represents a huge, untapped business opportunity. They may also know that including these low-income people in the value chain of business as consumers, producers and entrepreneurs is a great way for business to contribute to sustainable development in a profitable manner. Many have also heard how markets across Sub-Saharan Africa, Southern Asia and Latin America are becoming booming centres for innovation, entrepreneurship and economic growth.

Today, the world’s population has ballooned to 7.7 billion, and with this as a basis, I have updated the pyramid accordingly. But probably more importantly, I have made a distinction between the so-called “extreme poor” living on less than $2 a day, and what I have simply called low-income people living on $2 - $8 a day. This is an important distinction to make, as despite common beliefs, the number of extreme poor is actually shrinking despite an ever-growing population. This group, previously known as the “bottom billion” are actually closer to half a billion people today.

Looking forward to 2030, there will be 8.5 billion people on the planet, and our pyramid will turn more into a diamond. The extreme poor and low-income people of today will become the middle-class of tomorrow. I see this as an extremely important point to communicate with industry – that if they manage to engage with low-income people today, they can secure a larger and more wealthy customer base in the future.

In addition, there is a huge environmental imperative for engaging with low-income people. Development will progress as the millions come out of poverty, but if this happens on the same basis as the West developed – relying on fossil fuels and linear economies – then our existing climate crisis will escalate (even more) out of control!

The distinction between the extreme poor and low-income people is also important when considering Sustainable Development Goal 1 – no poverty. This global goal includes 2 key targets – to firstly “eradicate extreme poverty” for all people everywhere, and secondly to reduce by half the proportion of people living in poverty “in all its dimensions”. While charities and development agencies work to get people out of extreme poverty, inclusive business aims to move people out of and away from poverty. I see getting people away from poverty as being just as important. If someone is living on $3-$4 a day, it only takes one bad harvest or sickness in the family for them to slip back into extreme poverty.

Having spoken at length about the “base of the pyramid” in this TED talk, I would contradictorily propose we instead talk about “low-income people” in the context of inclusive business from this point onwards. If we make the distinction between extreme poverty and low-income people, the “BoP” is not really the base of the pyramid, and if fact, we hardly have a pyramid any longer. In addition to this, we are in reality talking about 4 billion people, and not in fact just an area on a 3-sided polygon.

Regardless of what you call it, I believe instead of trying to sell more stuff to people who don’t need more stuff, business should focus more greatly on meeting the unmet needs for the majority of people on the planet. Don’t you agree?