In 1946, the milk producers in the state of Gujarat, led by Sardar Vallabhai Patel, started developing revolutionary ideas against the privately owned Polson dairy and established the first cooperative society: the Kaira District Cooperative Milk Producers’ Union Limited (KDCMPUL). The motto “No Cooperation, No Progress!” started spreading very fast and milk was used as a symbol of protest against British hegemony, through a 15-day farmers’ strike.

Amul is the foremost dairy brand name in India and has held its position against competition from international giants such as Nestlé. 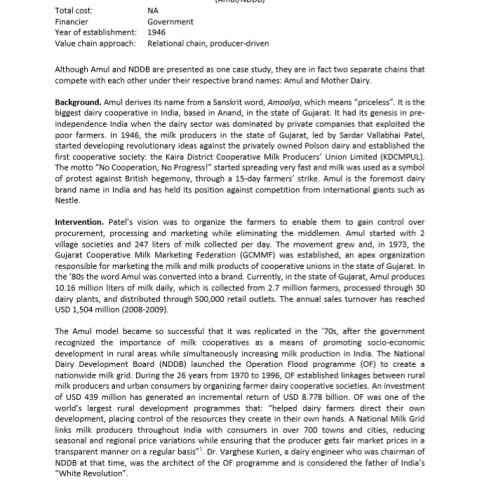