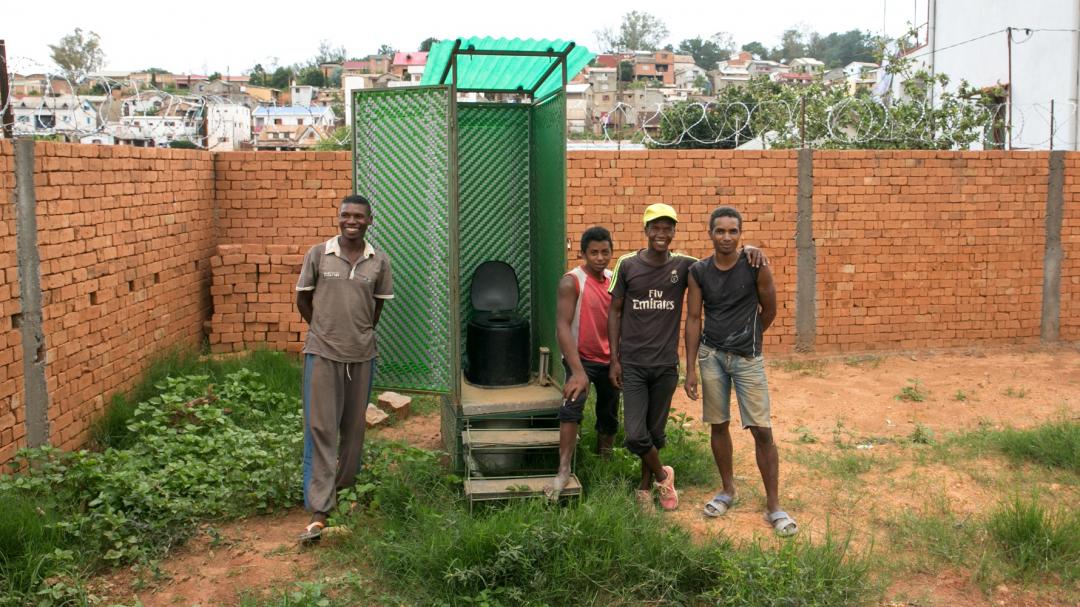 Anthony Randazzo, CFA, is an impact investment professional with extensive emerging and frontier market experience. He currently serves as an investment director at the U.S. International Development Finance Corporation (“DFC”), where he conducts credit analysis on debt investments in social enterprises and impact investment funds across a range of sectors and geographies. Earlier in his career, he worked in the field of international consulting and managed a USAID funded technical assistance program for central banks in the Western Balkans. He later worked as an investment officer for two impact investment asset managers (Triple Jump and Calvert Impact Capital) before joining the DFC. Anthony writes on the subject of impact investing and is the creator of the Impact Money Blog, an independent source of information about impact investing and social entrepreneurship.

Loo What? The Story of an Entrepreneur Tackling the Global Sanitation Challenge

Everyone has a favorite toilet story, some negative, others humorous, perhaps not as bad as the scene from the movie Trainspotting, but an experience that nonetheless sticks with you. I saw my first-ever squat toilet (aka “Turkish toilet”) in a café in Italy and remember thinking, “what on earth is that?” I recall my father-in-law hated the smell of lavender because it brought back painful memories of the outhouse he had to use growing up in one of the poorer corners of Yugoslavia (lavender was planted around them to mask the foul smells). The point is, this daily exercise is a universal human experience, one that we take for granted in the developed world. In developing countries, however, nearly 4 billion people, roughly half the world’s population, lack access to safely-managed sanitation. Still worse, 80% of wastewater goes untreated and the impact on the environment and on health outcomes is tragic. An estimated half a million people die every year, many of them children, from water borne diseases. Aside from the lack of dignity, there is a gender component to the problem too as women disproportionately suffer when adequate sanitation is lacking. In developed countries, a grid-based sewer system is a symbol of modernity, but such systems are expensive to build and maintain and rely on a constant supply of fresh water for flushing, a luxury for half of the world living in areas of water stress.

So, the global sanitation challenge is daunting, but the solution could be as simple as a low-tech toilet reengineered to work without the need for water to flush yet that still delivers a user experience on par with a flush toilet. Sanitation is not sexy, which is why I admire any social entrepreneur brave enough to dedicate himself, or in this case herself, to finding a sustainable solution to the problem. I met one such entrepreneur, Virginia Gardiner, aptly on November 19th, World Toilet Day. She is the CEO and founder of UK based Loowatt, a company that has designed a water-less flush toilet that might revolutionize the delivery of sanitation in the developing world. The innovation is simple. The flushing mechanism consists of a biodegradable polymer film that lines the toilet bowl, which pulls down and seals off waste into a container below when mechanically “flushed.” Such container-based sanitation is not entirely new, but Virginia has integrated what she considers to be several key success factors into her business model.

First is creating a product that people in the developed world would want to use. She recalls early on meeting a well-known design specialist who told her the place to test out and prove a new product is in your own backyard. In other words, design a toilet that would meet Western standards in terms of cleanliness, comfort and user experience. She took the advice to heart, testing the earliest concepts with home users in London. “There is no double standard,” she explains, “if a toilet isn’t going to be satisfactory and have commercial success in the UK, then why should it be successful anywhere else? ” This approach makes intuitive sense to me, because looking at the sanitation problem through the lens of a development problem that needs “fixing,” you risk overlooking the human design element that is critical for the user experience and therefore mass adoption. More importantly, it creates a second line of revenue from sales in the developed world. In Loowatt’s case, this is not just a hypothetical.  They have an active market for their products for use in construction sites, ecotourism facilities and events venues in the UK.

A second key success factor is creating a closed loop system, where the waste can be easily collected, processed and treated or turned into something of value. An early pilot in Madagascar funded by the Gates Foundation proved such a system could work. If processed using a biodigester, natural gas is a byproduct of the waste, which can generate electricity and charge cellphones. This closed loop waste-to-energy system is why the company chose its name combining “loo” (toilet) and “watt” for unit of electric power. The company produces two types of products, container-based flush-less toilets and waste processing machines, which it sells to municipalities and waste processing companies in both the developed and developing world.

A third key success factor is decentralization of operations. Loowatt has a wholly-owned subsidiary in Madagascar, which is entirely managed and run by a local Malagasy executive team. In addition to selling and servicing in-home toilets, it has a small fleet of portable toilets to service customers at construction sites and events, and it sells fertilizer generated from its waste processing business.  Virginia is convinced that for a service model to work well in a developing country, it is important for the business model to be local, which creates jobs that benefit the community. It is also important for perceptions. As an independent locally-run company, there is no risk of it being perceived as an international development aid project. “It is just a for-profit business,” she says, “with no expat presence on the ground.”

Virginia’s vision for the company is to become the leading provider of high-quality sanitation products designed to operate anywhere sewer systems are lacking. The key to scale is choosing the right markets to enter where there is an appropriate enabling environment for container-based sanitation. This means markets with sizeable urban slums or townships where private sanitation service providers partner with local municipalities to deliver household sanitation solutions. These private sanitation providers have an incentive to market and distribute the Loowatt solution to households that value the service and see it as a superior alternative to pit latrines, septic-tank systems or (worst case) open defecation. The private service provider in turn earns revenue from the collection and processing of the waste.

With the key success factors baked into their business model and expansion strategy, Virginia feels the company is at an inflection point. She admits the next 12 months will be critical as they are poised to start a third major pilot in another part of Africa. While the developing world provides massive scale opportunities, the margins are thinner, and the sales cycles are longer. In the meantime, sales in the UK where margins are healthier and operating cycles more predictable help to de-risk the business as a whole.

I asked Virginia what her favorite toilet story was. Naturally, she has many. She remembers when she first started working in Madagascar, the pit latrines were “patently horrifying.” She recalls spotting the largest rat she has ever seen, right underneath the toilet seat. Her story touches on the importance of changing local perceptions for achieving acceptance. In Madagascar, Loowatt is bringing value to a product where an incumbent solution has none. “When you experience a good product,” she explains, “you don’t need a behavior change campaign to generate demand.” Customer retention rates are in fact high, even for customers of modest means. They are willing to pay monthly for servicing because having a clean toilet has become something of value.

Running a business is hard work, so you need to be reminded of what keeps you going. Her favorite Madagascar customer testimonial was hearing someone really loved having a Loowatt toilet because it afforded them time to read magazines. “It is more than the triviality of hearing people like the product,” she tells me, “it is a healthy reminder to know that our toilet is having a positive impact on the daily lives of people.”

This article was originally published by The Impact Money Blog.