I was born on 25th August, 1955 in Ijan Ekiti, Nigeria. I obtained my HND in General Forestry at the Federal College of Forestry, Ibadan, PGD in Timber and Material Technology at High-Wycombe, UK in 1986, MSc in Forest Industries Technology at the University College of North Wales Bangor, UK in 1990 and PhD in Wood Science and Bio-Composites Technology from the Federal University of Technology Akure, Akure, Nigeria, in 2000. I assumed the status of a Professor in 2010 and served as the HOD of Forestry and Wood Technology Dept., FUTA, Nigeria between 2012 and 2015. I have also supervised many students at PhD, M.Agric.Tech, and B.Agric.Tech, as well as co-supervised postgraduate students from other Departments in the University.

I have also served as external examiner to undergraduate and postgraduate students in some universities. I have published more than 70 papers in reputable local and international journals and presented papers at more than 33 conferences and professional meetings in North America, South America, Europe, Asia, Australia, Africa etc. My research focus is on the use of conventional biomaterials (Wood) and non-conventional bio-materials from agricultural wastes, common weeds, waste paper and other wastes prevalent in Nigeria and world environment to produce value-added panel products using Portland cement, pozzolan, virgin plastic (HPDE), recycled plastic (LPDE), and car battery case (CBC) as binders, by the application of simple, innovative and adaptable technologies in the manufacturing processes. Such affordable value-added products can be used for core and low cost housing for low and high income earners in Urban and Rural communities worldwide. This is predicated on the suitability of wide range of raw materials, desire to increase wood resources utilization, acceptability of the new products in the markets, the desire to protect forest biodiversity, the passion to use valueless agricultural byproducts, and weeds for value-added Panel production, eradication of poverty, and climatic resilience. In 2011, I received a Merit Award as the best innovative researcher for Local Raw Materials Content, R&D from the Raw Materials Research and Development Council of the Federal Ministry of Science and Technology at the TECHNO-EXPO 2011 in Abuja, Nigeria. My research products were also displayed at the Exhibit on Innovative Wood Products during the 68th session of the UN Economic Commission Europe/FAO at the UN Office Geneva, Switzerland, held in conjunction with SWST, in October, 2010 and to mark the 2011 International Year of the Forest. In 2010, I was also invited by CIFOR to attend a small gathering of eminent scientists during the XXIII IUFRO World Congress. I have also presented my research works in Seoul, South Korea in 2010 as well. I have also attended other notable world gatherings of eminent scientists and environmental conservationists such as the World Forestry Congress in Quebec, Canada in 2003; Buenos Aires, Argentina, 2009; the UN Framework Convention on Climate Change (UNFCCC) in Durbar, South Africa, 2011 and Doha, Qatar, 2012.

I contributed a chapter in a book titled: Assessment of inorganic bonded paperboards produced from Kraft and recycled newsprint. Non-conventional Materials and Technologies for Sustainable Management. Trans Tech publications, Switzerland. Chapter 4. Pp. 322-329. In 2010, I was invited by the management of FPL in Wisconsin, during the marking of the 100 years of its establishment; the University of Gottingen, Germany has also invited me for a lecture in August 2008. In 2007, I facilitated the collaboration on academic interchange agreement between FUTA and Federal University of Lavras, and University of Sao Paulo, Brazil, respectively. Recently, I had the privilege to attend the 2017 High-Level Political Forum on Sustainable Development of the UN at the invitation of the Division for Sustainable Development, United Nation Department of Economic and Social Affairs (UN DESA) on 2017 Partnership Exchange with a theme “Eradicating Poverty and Promoting Prosperity in a Changing World”, 17th July 2017. I participated in the Higher Education Sustainability Initiative (HESI) with a theme “Higher Education Institution - Key Driver of the Sustainable Development Goals” 19th July 2017, as well as the Global Landscapes Forum (GLF), held on the 19th and 20th December, 2017 in Bonn, Germany.

I am a senior expert on climate change and environment to CTA and currently serving as chairman of Anti-corruption and Transparency Unit (ACTU), FUTA, and member of various committees in the university.

A call for producing construction materials from agricultural wastes

The production of environmentally and easily replicated value added bio-composites from conventional and non-conventional raw materials is aimed at developing a product that can conveniently stand as an alternative for wood products to meet the demand for sustainable construction materials for core and low cost housing in rural and urban areas, furniture, electronics, automobile industries and increase farmers’ income, prosperity, as well as alleviate poverty.

These products are hybrids of organic, inorganic (cement) and plastic (virgin HDPE and recycled LDPE) raw materials reinforced with assorted wood, weeds and agricultural by-products, using adaptable and innovative manufacturing techniques. The cement or plastic matrix serves to bind the assorted wood wastes, weeds and/or agricultural by-products together to produce a durable panel product. The use of Portland cement as binder confers on the product its good reaction to fire behavior, high durability, high stiffness and strength, good sound insulation and excellent dimensional stability relative to other wood-based composites. These products are versatile and affordable because they can be suitably made from a wide range of non-conventional raw materials which are regarded as wastes and sourced locally. Their utilization in building construction reduces the pressure on existing forest resources and increase the income of the community inhabitants.

If fully implemented, the development of this innovative product will reduce and alleviate poverty through the sales of the products and byproducts/wastes by indigenous people. Furthermore, environmental degradation and pollution arising from burning and other conventional means of waste disposal will be prevented and this will bring about the availability and affordability of the new value added products for construction works sustainably. The products will create job opportunities for the rural inhabitants, produce value added bio-composites as well as protect and conserve forest biodiversity. These products are more resistant to bending force and biodeteriorating agents. Their production will create passion for using new products from bio-wastes and mitigate climate change through the provision of value added panel products capable of serving as alternatives to sawn timber in the building industry. The utilization of these products will develop innovative science and technology in engineering, architectural designs and in building mega structures.

To produce this product, raw materials will be processed into flakes using flakers, which is in turn converted to particles by hammermilling. Particles generated will be screened to remove all forms of impurities before board manufacturing. In case of inorganic bonded boards, the particles are treated in hot water to remove the superfluous materials capable of inhibiting the setting and curing of the binder. The particles, binder and additive are mixed together based on experimental design before it is formed inside a mould. Thereafter, the mat formed is prepressed and pressed to attain the target thickness. At the expiration of this procedure, board will be conditioned, cut into specimens and tested for strength and dimensional movement. Data obtained will be analyzed to determine the effect of the variables that formed the board.

Building concepts using cement bonded particle boards from wood particles have been developed by Traulit, Sweden and Eltomation B. V., Holland. Also, the Forestry Research Institute of Nigeria initiated the development and production of cement-bonded particleboard with particles of wood species available in Nigeria in 1979. Since then, not less than seventeen hardwood species have been tested for wood-cement composite manufacture. The boards produced have been used as ceiling boards, wall partitions and furniture components.

However, agricultural wastes and weeds have also been successfully investigated and found suitable for various applications in other to achieve acceleration actions in new and existing businesses. This initiative was borne out of increased depletion of wood resources as raw materials due to over exploitation and the cry for climate change challenges to bring about a new novelty in building and construction businesses.

Cement bonded composites and plastic bonded composites can be manufactured using treated particles from plant dry matters and waste materials. The boards have been found to be dimensionally stable with better strength properties. The product can be commercialized to meet the panel product needs for interior and exterior use in the construction industries worldwide. Suffice to say that investment in this industry has the potential to eradicate poverty, improve socioeconomic standards of people, mitigate climate change by reducing the pressure on the forest resources, as well as revolutionize the orientation in design, technology and industrialization through sourcing, processing, new products development and utilization of raw materials and final products. Promote, support, and collaborate in the execution of common projects, in order to have a prosperous world in perpetuity and sustainably as well as curb environmental pollution and siltation of water ways.

Entrepreneurs should embrace this comprehensive solution for improving the supply of construction materials by making use of all cultivated agriculture byproducts and enormous weeds in the world. The adoption of these value added panel products as material in the building industry will create a new market outfit with growing demands for low cost and core housing delivery in rural and urban areas of the world. The issue of food security, wellness, livelihoods, poverty alleviation, Industrial development and growth will be sustained. Private investors and financial institutions should support the researchers in the universities to explore and provide concerted data of all highly cultivated agriculture produce with the view to assess the byproducts generated as source of raw materials for panel products. Also national and international institutions should support entrepreneurs through the provision of funds for the establishment of the industry.

Entrepreneurs that intend to adopt this solution should: seek to build a stable sustainable economy for the wellness of rural people; develop a mentality of poverty alleviation and prosperity; have a definite goal in view to organize and direct live impacting decision; diversify investment to accomplish intended goals. 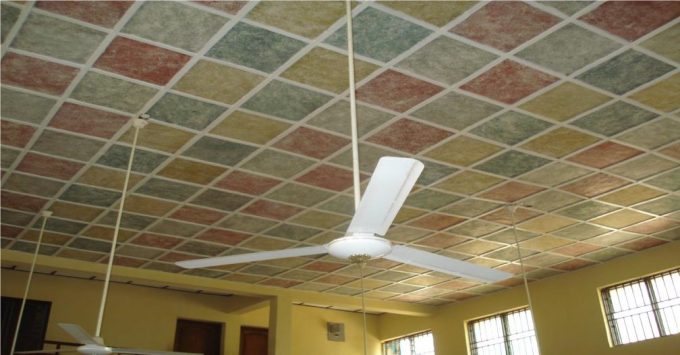 League of Construction Companies: Reflections of a Consultant