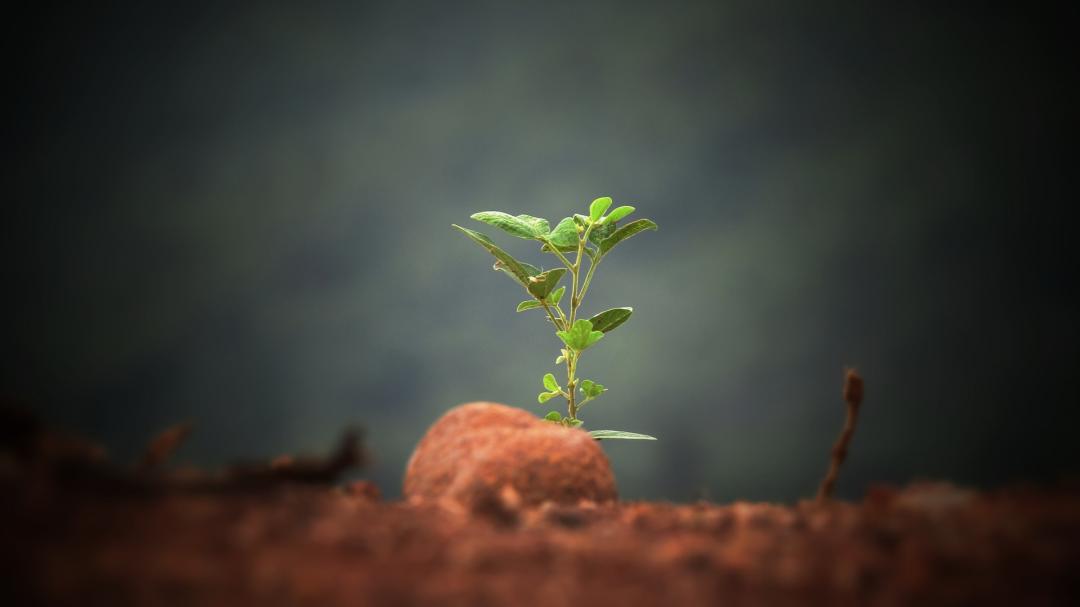 Jacqueline Novogratz is the Founder and CEO of Acumen. As a pioneer of impact investing, Acumen and its investments have brought critical services like healthcare, education and clean energy to hundreds of millions of low-income people.

After supporting hundreds of entrepreneurs, Jacqueline and her team recognized character as the crucial ingredient for success; in 2020, they launched Acumen Academy to instruct others in global social change. Under Jacqueline’s leadership, Acumen has also launched several for-profit impact funds designed to invest at the intersection of poverty and climate change, and has spun off 60 Decibels, founded on the principle that serving all stakeholders is as important as enriching shareholders.

Jacqueline is the New York Times best-selling author of The Blue Sweater and Manifesto for a Moral Revolution: Practices to Build a Better World.

A crucial skill for a new generation of leaders: moral imagination

We are living through a great awakening. The global pandemic has brought the world to a halt and exposed the insufficiencies of our current systems and the consequences of unbridled capitalism.

Amid these interrelated crises, today’s business leaders are seeking opportunities to do things differently. But they are stuck at an impasse: They’re trying to reconcile currently accepted metrics of business success with what they know is required to meet today’s more complex challenges.

This dichotomy exists, at least in part, because capitalism as we know it has run its course, yet we have not reimagined what to replace it with. For 30 years, our systems have been dominated by a revolution of capitalism and of technology that place the individual at their center. Now we need a moral revolution that places our shared humanity and the sustainability of the earth at the core.

How do we get there? It starts with businesses realizing that their goal is not simply to make a profit, their goal must be to solve a problem. Social entrepreneurs are beginning to reimagine what inclusive business can look like, but it will take all of us.

Why moral imagination? Because we can no longer design systems only for those like ourselves. We must design for those who traditionally haven’t had a voice — the poor, the vulnerable, the environment. A new generation is demanding that companies not only pursue purpose, but to integrate values of sustainability into their operations and their treatment of employees and customers. Companies will only succeed in the long term if they demonstrate through their actions concern for employees, customers and the earth.

To prepare our students and future generations to lead through complexity in a highly imperfect world, business schools, in particular, must do a far better job teaching and modeling these new “hard” skills, grounded in moral imagination.

These skills include holding values in tension — standing amid the chaos of disparate ideologies and assumptions and considering the values of each side — listening to voices unheard, and partnering with humility and audacity.

While training future leaders in specific competencies is vital, so too is ensuring they build the character needed to radically rejuvenate our broken systems and create a new economy in which all of us are included.

My 20 years of early-stage, “patient” investing in social entrepreneurs, focused on solving problems where government and markets have failed the poor, have taught me just how “hard” these “soft” skills are.

To succeed, Acumen — the non-profit investment fund I founded — invested in entrepreneurs who have had to build profitable companies by serving individuals earning just a few dollars a day. These entrepreneurs, focused on building more inclusive businesses, had to contend, not only with corruption and bureaucracy but also often a low-skilled talent pool, poorly functioning capital markets and unpredictable legal systems.

They learned to design for those unlike themselves so they could build trust and build coalitions of different financial partners. All the while, our entrepreneurs cultivated the character, grit and determination to fight the existing systems and resistance to change itself. New leaders who will build our next generation of businesses can learn much from these pioneering, brave social entrepreneurs.

Take the issue of electricity for the 1.5 billion people who lacked it in 2007, 130 years after Thomas Edison invented the lightbulb. Sam Goldman and Ned Tozun had the moral imagination and courage to try to change that. They focused their energies on bringing affordable light to the 1.5 billion who lacked electricity, starting first by understanding the needs and desires of their prospective customers.

Sam and Ned would have failed had they not developed the hard skill of listening — with all of their senses — to voices the market had repeatedly ignored. Thirteen years later, the company d.light has brought clean, affordable light and electricity to more than 100 million low-income people, created thousands of jobs — and generated long-term financial returns to investors. At every step, the hard skills of moral imagination and deep listening guided the way.

In a world of growing fragility, business leaders will be increasingly expected to play their part in solving some of the toughest problems facing our world. No single system — not markets, not government, not civil society — will be able to solve these problems alone, and so new partnerships will be required that transcend sectors. Such partnerships, with government, social enterprises and philanthropies, even with those we might consider our adversaries, require humility to acknowledge the different strengths and weaknesses of each partner while simultaneously holding to the aspiration of shared goals and collective responsibilities.

Sam Polk, a former hedge fund trader, came to understand the brokenness of America’s food system and decided to focus on addressing the issue of food deserts: Low-income areas without affordable, nutritious food. In 2015, Sam created the restaurant Everytable in Compton, Calif., to provide fast, affordable nutritious food. By 2020, Everytable had grown to eight restaurants.

When Los Angeles went into lockdown due to Covid-19, Sam refused to shut his restaurants’ doors. He doubled down on his mission to ensure the availability of quality, affordable food to people living in places with few options. Everytable offered to deliver meals to customers, whether or not they could afford to pay. The company also provided an easy way to allow more privileged residents to contribute charity and “pay forward” meals to those in need. Within weeks, Everytable had delivered more than 100,000 meals.

But Sam was still unsatisfied. Quickly pivoting the restaurants’ business model, Everytable partnered with nonprofit and government organizations to expand delivery service to homeless people, unemployed youth and disadvantaged families. As of today, the company has delivered more than 3 million meals, all while expanding good jobs for residents. The business model evolved into a partnership with government and civil society. By making every decision based on achieving long-term purpose and rejecting trite assumptions about other people and sectors, Sam is building a growing, successful company as well as a model for tackling systemic food access issues.

Tomorrow’s leaders will stand apart by focusing on others, not simply by enriching themselves. There is ample opportunity to do this within the framework of business if we can make a shift from valuing power, money and fame to a leadership style that insists on putting our shared humanity and the sustainability of the earth at the center, not simply profit alone.

Responsibility goes hand in hand with privilege. Our educational institutions are well-placed to equip our future leaders of business and government not only with the technical tools to solve the world’s toughest problems — but with hard skills grounded in moral imagination. If each of us were rewarded for giving more to the world than we take from it, everything would change.

A version of this article was originally published by MarketWatch.

The mindset of a good business leader for an inclusive future