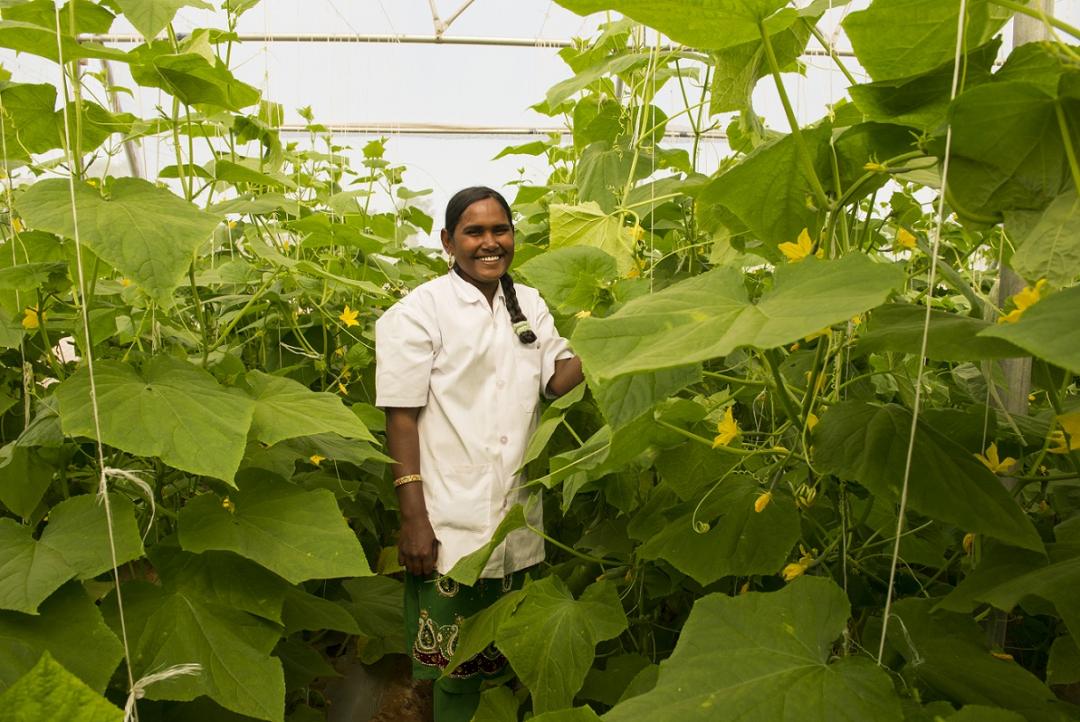 Kaushik K
Kaushik has spent the last 12 years building scalable social enterprises serving the rural poor in India. He is the co-founder and CEO of Kheyti, an organization helping smallholder farmers battle climate change through its "Greenhouse-in-a-Box", a low-cost greenhouse bundled with end-to-end services. Before launching Kheyti, Kaushik spent five years as a leadership team member of B-ABLE, a social enterprise that connects rural school dropouts to mainstream careers through high quality vocational training and placement services. He was the first employee at B-ABLE and helped the company scale from its first training center to 200 centers across 14 states, training more than 70,000 school dropouts yearly. He is a graduate of IIT Kharagpur and has an MBA from Columbia Business School. Kaushik is an Acumen India Fellow 2014, a DRK Foundation Entrepreneur and an Elevate Prize Winner.

What is the problem you are seeking to address?

Eighty million small farmers in India LOSE money on average from agriculture. A large reason for this is climate risk, made worse by climate change. The Associated Chambers of Commerce and Industry of India (ASSOCHAM) estimates that Indian farmers lose US$7 billion yearly from pest attacks. A PNAS study found that each degree-Celsius increase in global mean temperature would, on average, reduce global yields of major crops by 3-7.5 per cent. In 2015, news outlets reported that 8-10 million hectares of agriculture had large losses due to few days of unseasonal rains in March. Simply put, farming is becoming an unsustainable profession because of income variability. 75 per cent of farmers (CSDS survey) want to quit farming because of this variability. This is now a universal crisis.

Can you explain your “Greenhouse- in-a-Box” model and the main benefits of this concept?

Kheyti’s mission is to increase climate resilient incomes for smallholder farmers in India. Learning from conversations with thousands of small farmers, we created the Greenhouse-in-a-Box, a low-cost, modular greenhouse bundled with services. Our core product is a greenhouse designed to be modular that covers 1/10th acre and is built at 80 per cent lower cost than conventional greenhouses available in the market. It is covered with insect netting to reduce pest attacks by 90 per cent. It uses shading cloth to reduce temperature five degrees centigrade and drip irrigation to reduce water usage. Overall, it helps farmers grow seven times the yields using 1/50th the water per kilogram when compared to traditional cultivation.

Technology alone is not enough for small farmers because they face risks at every step. This is why we work with partners to offer farmers end-to-end services. We work with banks to offer farmers low-cost loans. We work with input and market companies to provide farmers linkages to the market ecosystem. We provide training and advisory to farmers over the phone and WhatsApp. Our farmers use our end to end solution to earn steady additional incomes of up to US $1,200/year, a 200 per cent increase in farm incomes for most smallholder farmers we work with.

What are the key areas of impact of your business?

What do you need in order to scale up your business? What are your plans over the next few years?

Over the next five years, we want to scale our model to 100,000 farmers across India and create the market for low-cost greenhouses. To achieve this ambitious goal, we are working on solving a few key bottlenecks:

From Planning to Execution: Using Value Chain Approach to Lending to Smallholder Farmers and Agribusiness