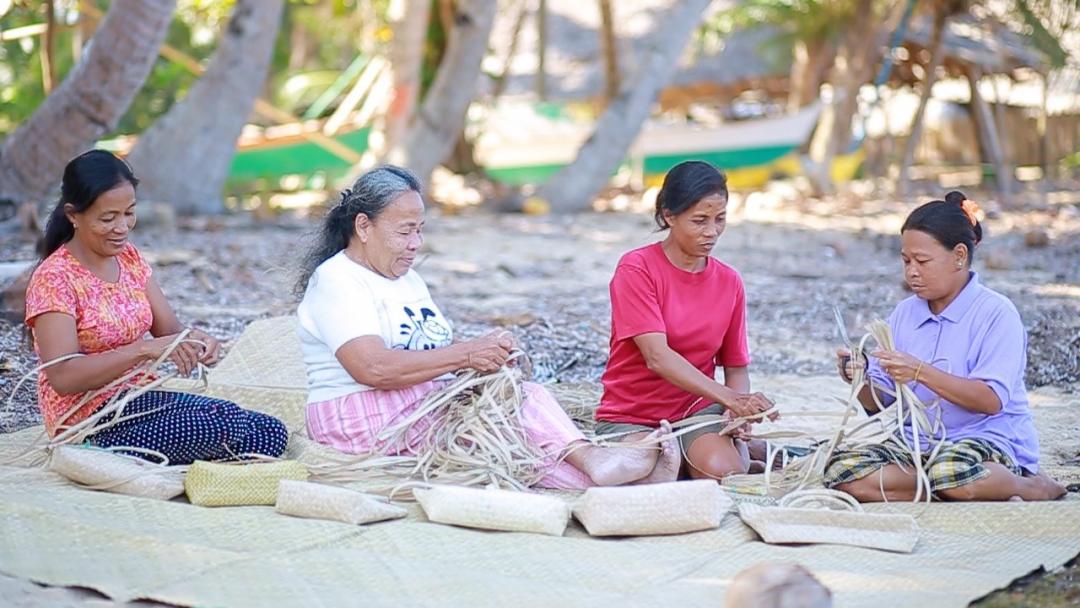 Melanie Llorca Moleño is currently the Director for Inclusive Business at the Board of Investments, an attached agency of the Department of Trade and Industry in the Philippines. She has worked with non-profit, public and private sector institutions, such as Raymond James and Associates and Conmed-Linvatec in the United States and various organizations in the Philippines, in the areas of social development, information technology, accounting and finance, among others. She has been supporting startup organizations, and serves as a trustee of Siargao Islands Wildlife Conservation Foundation, Inc. She earned her master’s degree in business administration from University of South Florida.

The relevance of IB

The Philippines has been experiencing high economic growth, with an average GDP growth rate of about six per cent in the last decade. However, 21 per cent or one out of every five of the country’s 105 million citizens still lives below the poverty threshold. The government needs to move faster and further if it wants to achieve the dream of giving Filipinos the strongly rooted, comfortable and secure life (“matatag, maginhawa at panatag na buhay”) envisioned in a long-term plan called “AmBisyon Natin 2040” which spans four national administrations.

To achieve this vision, economic growth must positively impact the quality of life of the majority of Filipinos – particularly its farming and fishing sectors, where the poorest and most of the poor are found – and per capita income must increase by at least three-fold. Government has a huge role to play in integrating policies that can steer development towards becoming relevant, inclusive and sustainable.

In parallel to the efforts of more countries to do their share in achieving the Sustainable Development Goals, the Philippines in 2015 searched for SDG-aligned development strategies that would blend social impact and business profitability and, consequently, disperse growth faster and spur inclusivity. Philippine officials, especially those at the Department of Trade and Industry (DTI), also saw the need to deliberately engage the private sector to implement business models that would engage low-income households in an interdependent effort to improve both business and social returns. The country embraced the concept of Inclusive Business (IB), viewing it as an effective approach where large and medium-size companies could provide more opportunities for the poor to participate in the growth process, particularly in the case of its agriculture, fishery and forestry sectors, which had a cellar-dwelling average growth of 1.4 percent from 2010 to 2017.

Engagement with the private sector is seldom seen as an effective way of generating direct contributions to the government’s poverty reduction targets. Government does not see large companies as entities needing assistance, given their resources, capacity, and networks. It was hard for policymakers to realise that support given to companies can accelerate the development of IB models that will increase the economic benefits received by the low-income households being engaged and strengthen their capacity to rise above the poverty threshold.

Realising the potential of Inclusive Business in accelerating and levelling economic growth, the Philippines has taken a leadership role in crafting policies that promote IB awareness and practice, but it has not been an easy task. IB was identified as one of the priority areas that can avail of incentives under the Board of Investments’ (BOI) Investment Priorities Plan (IPP), and was broadly encouraged in the 2014-2016 IPP. In 2013, the BOI, which is under the Department of Trade and Industry, partnered with the Asian Development Bank for an IB market scoping study and policy recommendations. In 2015, the country started to promote IB regionally through the G20 and various fora in APEC, including the Investments’ Experts Group, Women and the Economy, and High Level Dialogue. Through a partnership with the United Nations Development Programme in 2016, the BOI conducted a baseline survey on inclusiveness and innovation among Philippine businesses. By 2017, under the aegis of the Philippine Chairmanship of the ASEAN, the BOI held the 1st Inclusive Business Summit and the ASEAN IB Awards, the success of which led to IB’s inclusion in the Chairman’s Statement of the 31st ASEAN Summit. ASEAN committed to support the IB agenda by welcoming the adoption of the ASEAN IB Framework, thereby recognising the role of IB models in achieving the ASEAN Economic Community Vision 2025.

In 2018, the Philippines continued to promote IB domestically and globally. With the support of international partners such as the United Nations Economic and Social Commission for Asia and the Pacific, the Inclusive Business Action Network, the Asian Venture Philanthropy Network, the United Nations Conference on Trade and Development, and the African Venture Philanthropy Alliance, the Philippines was able to present the country’s IB agenda at international conferences in Port Moresby, Geneva, Singapore, Nay Pyi Daw, Lagos, and Nairobi.

Growing response from the private sector

The Philippines’ IPP translates to fiscal and non-fiscal incentives for IB projects in the agribusiness and tourism sectors. Under this policy, the BOI has registered five projects: three in agribusiness and two in the tourism sector. Collectively, these five projects are required to source Php 2.91 billion (roughly US$57 million) worth of goods and services from micro and small enterprises (MSEs) by the third year of their commercial operations, and directly hire and engage from marginalisedat least 1,100 individuals, a third of them women. Once other companies develop their own Inclusive Business models, marginalised individuals and low-income households being engaged by IBs will become empowered to contribute to the growth process, instead of being stuck as beneficiaries of social welfare programmes.

The promotion of Inclusive Business is receiving positive responses from the private sector. The possibility of getting incentives and being assisted by national agencies provides that little nudge to businesses to take on the opportunity of engaging directly with marginalised sectors (as defined on page 23 of the Investment Priorities Plan). More companies are now starting to take a closer look at their value chains to see where and how they can engage low-income communities. This year, the Philippine Franchise Association has added the “Inclusive Business Award” to the list of recognitions that it gives to its members. Foundations are beginning to evaluate how to align their CSR programmes with the IB activities of their corporate counterparts. More companies are beginning to accept that the benefits of IB go beyond profits and may include strengthening value chains, driving innovations, enhancing long-term competitiveness and expanding markets. The engagement with micro and small enterprises may result in greater empowerment, increased productivity, access to essential goods and services, and sustainable income for people at the base of the pyramid.

Policy changes have big impact on inclusive business in the Philippines