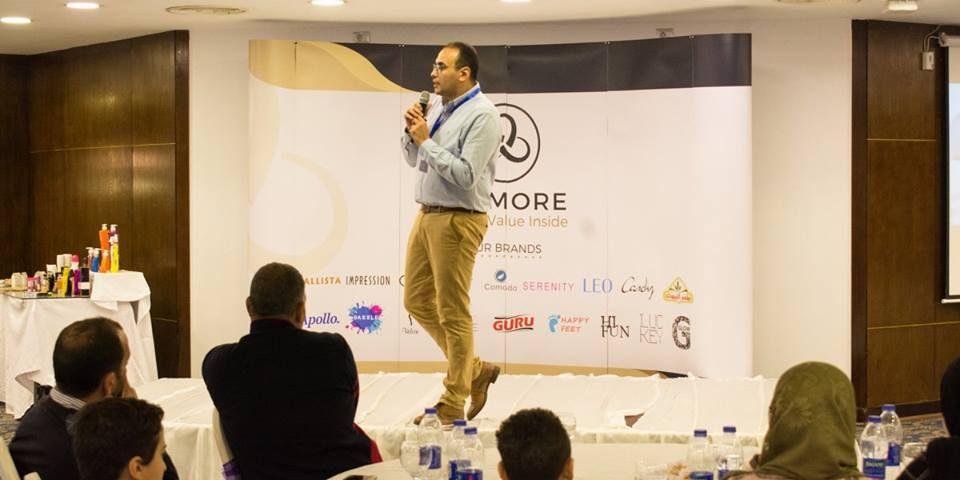 Carolina used to contribute to the development of inclusivebusiness.net until June 2020. She supported iBAN’s outreach activities and the compilation of the online magazine.

Startups fail, but in this case failure is not the end

This is the second part of our interview with the founders of Brimore (‘Bring More’), an Egyptian retail company. From March 2017 until March 2018, Brimore participated in the Strategic Advisory Service (SAS) that iBAN developed and conducted in cooperation with Global CAD.

As you might have read in part 1 of the interview, Brimore does not only contribute to the economic empowerment of women but also provides improved market access to local and BoP manufacturers. In the second part of the interview, their founders Ahmed Elsheikha and Mohamed Abdulaziz, talk about setbacks they have encountered and how they benefitted from the Strategic Advisory Service by iBAN and Global CAD.

1. You already told us how you have built your distribution network and why it is important to empower women economically. What happened after you launched the business?

Three months after we launched the business, our investors did not think that this was the right way to build a massive infrastructure. Their point of view was that we needed to make fast profits and fast cash. They didn’t believe in the business model and withdrew their investment. We lost our entire financial backup and we had zero cash. That happened last July. It took us three months to absorb the hit. Then we collected some money from our personal finances and the surrounding circles and relaunched the business in November of 2017.

For our amazement, the loyalty of the women from our sales network was much bigger than expected. When we told them that we are starting again, they were so enthusiastic that they started sales immediately in the surrounding areas. Today, we have a growth rate of 35-50 percent per month.

2. Retrospectively, what were critical factors that led to Brimore’s renewed success?

I think one of the main success factors is to test assumptions on a small scale and to be sure that they will work. The investment game only starts after that. Many people start a business searching for money. They think that money is the first thing that they need, but when they get the money, they often do not know what to do with it. Then problems start to appear on the surface.

When we attracted the first investment, we did so on all levels. We had a business plan but neither a prototype nor proved assumptions. By now, we have tested many assumptions. We also know exactly what we would do if we would have 1 million dollars. We are now at the point where we are stuck in our operating capital and cash flow and where we need investments. We make a prototype on a very small scale and in parallel, we work to attract investors in order to cover the whole reach.

3. What advice would give to other entrepreneurs?

Always create a prototype and find out what could go wrong before you start searching for money.

4. How do measure the impact that you have on people at the BoP?

We are currently developing an impact assessment model. The model defines our theory of change, our stakeholders, desired income per stakeholder, output and outcomes with key performance indicators (KPIs). Regarding our sales women, we want to measure how their work affects their wellbeing, their children, and their impact in society. We measure their business growth, their team growth, their retention rate for trainings, their leadership development, and in their career path choices, which they make along the way.

As mentioned before, we are always trying and testing assumptions. We want to test if micro loans will increase the size of the women’s businesses, through facilitating cash cycles or through supporting them create physical stores. We started working with “Tanmeya” the biggest micro lender in Egypt, and we are piloting the model in two cities. Furthermore, we want to test, if online trainings will give women an edge to develop further skills they need in life and adopt a lifelong learning attitude. Therefore, we are following up on the training modules until the end of the year. Currently, we collect as much data as we can. Then we make assumptions and validate them as fast as possible. Once our impact model and action plan is developed, we believe that the process of measuring impact will be more institutional and quantified.

5. Why did you apply for iBAN’s Strategic Advisory Service (SAS)?

We believe in the social impact of what we are doing. We saw it with our own eyes: When you give women the opportunity to have an independent source of income, their lives and the impact in the surrounding area changes dramatically. Furthermore, we saw that many manufacturers in Egypt focus on costs elements only. They disregard quality and good products for the sake of costs. With Brimore, we can deliver high quality products in a way that they are also accessible for low-income segments of the population.

Because of this huge social responsibility, we applied for the SAS because. We did not want to be haphazard. We wanted to design our business model thoroughly to maximise the impact for people at the BoP.

6. How did your company benefit from the SAS?

The questions that we were asked during the process opened many thought processes. They helped us to think further about our assumptions and about what we really needed. We have received a report that gave us at least some tangible steps to work on. If I have a new hire and I assign him to a task, I can give the person the report. Then, they have at least something that they can start with. The most interesting recommendation that we received was how to create and sustain partnerships on different levels. We also received a map that was drawn from the report and that was helpful to organise our thoughts and to put everything into a framework.

Don’t miss the first part of the interview: Brimore’s founders explain how they built their business and how they create impact on women and local manufacturers.