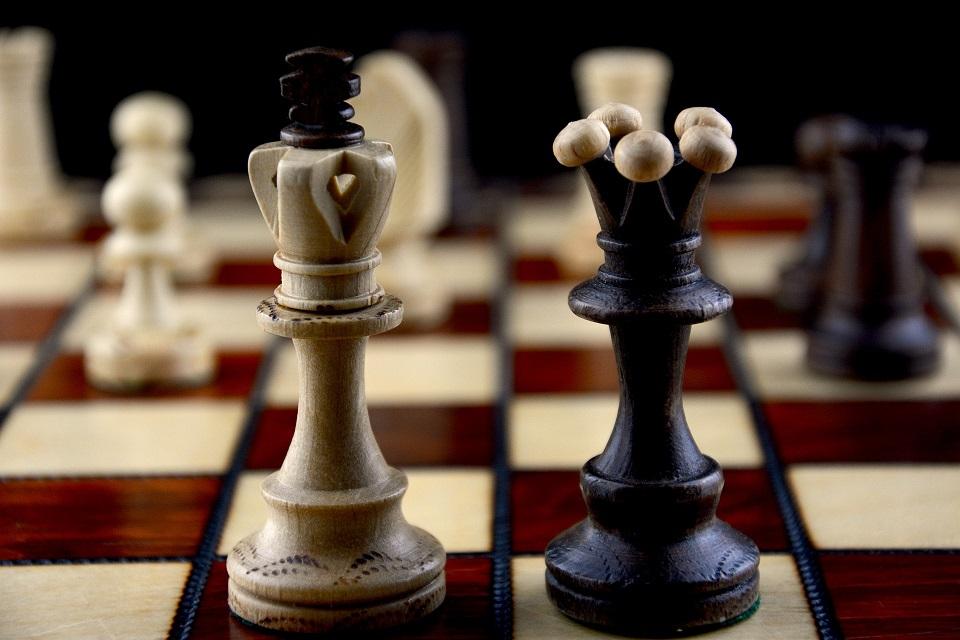 Rajen is the founder of www.LeadershipByResults.com, a boutique advisory firm. He has previously served as Country Director for Tata Centre for Development at University of Chicago, India; founder and global head of the Leadership and Talent practice at Dalberg, Heidrick, McKinsey and others. He is a Sir Dorab Tata Scholar, author, coach and consultant with deep experience of serving inclusive businesses, multilaterals, DFIs, social enterprises, Fortune 500, and others across Asia, Africa and Europe. He can be reached at rajen.makhijani@LeadershipByResults.com

A Tale of Two Leaders

Committed inclusive businesses have a unique asset – their mission. It forms a foundational layer of a common mindset across leaders and employees. It thus serves as a north star to align on, a well-spring of motivation to perform, and an anchor of resilience.

Yet, there are deeper mindsets that persist in individual leaders. Operating from the unconscious, these mindsets can have a significant impact on their relationships and results. Despite this, much of leadership development is crafted so that the focus is on skills, knowledge and competency, not on mindset.

Let’s illustrate with a couple of real life examples, duly masked to protect confidentiality. The author assisted with their leadership transformations. The first case highlights how individual mindsets can impede the mission and growth for even the most committed founder. The second shows how often in inclusive businesses the mission of inclusiveness is sought to be drilled in via case studies and rational approaches, but the key to it could lie in surprising places.

A rags-to-riches successful entrepreneur-CEO, Ms. X, built a business that touched 4.4 million lives, creating access to a vital service for the under-served. To fulfil the ambition to double this number, the need for a professional CEO was clear. However, none of the three such professional hires worked out. The reasons cited were foreign versus local, from within the sector versus outside the sector, too young or too old, and other such factors. The conclusion drawn was that Ms. X needed to get better at judging people. Supportive investors sponsored her for courses on talent assessment and provided consultancy assistance for the recruitment process. Despite an engaging program with great feedback scores and networking opportunities, the result did not change.

Case 2: The Dynamic but Edgy Vice President of Sales and Marketing — Part 1

EduCo was focused on providing access to Higher Education to under-served youth. The top team was brought together to further accelerate growth, leading to a 50 per cent increase in valuation in 18 months, and an IPO. In terms of impact, it sought to be a single dominant figure in increasing the country’s Gross Enrolment Ratio from 18 per cent to 30 per cent.

The ‘alpha’ sales professional, Mr. Y, headed student enrolments. He clearly had an important role to play. However, apart from lack of collaboration, he occasionally demonstrated streaks of “impact-washing” (particularly prominent during month and quarter endings, when chasing aggressive targets). On-ground reports from operations teams about students having been sold courses without due counselling were overlooked. Thus, enrolment numbers looked better, but were not necessarily in line with the mission. The CEO insisted on both mission and profit to sustain the pursuit of the mission, whereas the sales director saw some trade-offs being inevitable.

Trainings laden with concepts, tools and real life case studies on “shared value” had not yielded desired results, even though feedback and net promoter scores were high. Unless Mr. Y collaborates more, synergies with other business units won’t be realized and the valuation won’t accelerate. Unless he shifts his attitude towards impact, the mission itself is at risk. The CEO and Chair looked at the HR head, who could only offer a shrug — what more can one do?

What if the initiative was to shift mindsets, not just skills, knowledge and competencies?

What if we were to change the very trigger, conception, design, execution, measurement and accountability for leadership development initiatives in inclusive businesses — gearing all these elements to enable the delivery of a Top 3 Big Hairy Audacious business and impact goal of the organization?

What if it brings the entire top team, and key actors from other layers of the organization together — to align and energize them towards the goal?

Finally, what if we apply the rigors of investment process — an upfront hurdle rate of return that demands a return of six to eight times the EBITDA (earnings before interest, taxes, depreciation, and amortization) to be returned, for every dollar invested in the leadership development initiative; apart from accelerating impact metrics? I call this the “Leadership By Results” approach.

In the case of Ms. X, an investor funded leadership intervention using “Leadership By Results” approach was launched to assist with the larger goal of doubling the reach. The deeper mindset focused intervention recognised that she was a “Charismatic Visionary” leadership archetype. Through observing her in action using ontological-phenomenological methods, it emerged that her own mindset, behaviour, and approach was a key driver in creating failure for his CEO appointees. Her identity as a ‘self-made entrepreneur’ and belief that “no one can match the passion of an entrepreneur” was so strong that she was unconsciously sabotaging professional managers, even while consciously desiring to hire the best and see them succeed.

Over the next two years, the leadership intervention helped her to shift her mindset, cultivate new habits and behaviours, and hand over reins to a successor. She became a non-executive chairperson instead.

The annual growth rates touched as high as 70 per cent in both net income and lives reached. She founded a new organization herself. The world gained two leaders.

In the case of Mr. Y, a collective leadership initiative with the goal of 50 per cent value acceleration and impact goals was launched with the “Leadership By Results” approach. A safe space was skilfully created for open and honest dialogue. It operated at the level of mindsets. Mindsets are ‘mental lenses’ — they drive what leaders do and why. Mindsets also pervade many areas of life, across the professional and personal spheres. Hence the safe space and skilful facilitation allows for discussions that transcend spaces as well. In the case of Mr. Y, that’s where the key lay.

Having undergone a ‘betrayal’ in a personal relationship, he had turned cynical about high ideals. This was unconsciously influencing his thinking, action, behaviour, and hence results, in business too. But what could be done about it?

Over the next nine months, the program provided a coach to provide support on all the goals, including the relationship goal, to assist a shift in the underlying mindset.

A few months later, in one of the later modules of the program, the Enrolments Director revealed in the check-in that he had transformed his relationship with someone he had hitherto been seeing, but not trusting. A spontaneous applause ensued from all participants. But the bigger surprise was yet to be revealed. He had pushed out the “engagement ceremony” in order to participate in the leadership module. The Enrolments Director saw the leadership development program as instrumental in unlocking his impact, business success, and personal satisfaction. From the CEO and Board’s perspective, one of the key to accelerating valuation and impact goals, lay in an unexpected place!

All of this requires expertise at two levels — firstly, a toolkit and frameworks that enable investors, boards and CEOs to analyse business outcomes with a leadership lens — just as a ratio analysis of a Balance Sheet allows reviews, insights and hypotheses about the underlying drivers of business health. Second, it needs a cadre of skilled and experienced facilitators and coaches who can work with the technology of the human mind.

If we are to thus invest in leadership, it can accelerate impact by ten per cent to 30 per cent per annum, along with increasing sales of impactful products and services worth — in the US alone — USD $18 billion to USD $31 billion. We’ll improve a multitude of lives unleashing new strategies, innovation, and achieving efficiencies in important areas of environment, society, governance and business. Leading impact investors like LeapFrog Investments are already preparing to institutionalize such efforts across portfolio companies consisting of inclusive businesses.

Just like Results Based Financing, the “Leadership By Results” approach seeks to bring greater accountability to all involved and shift underlying mindsets. Just as the former is already demonstrating the promise to expand the flow of financial capital towards the impact sector, the latter seeks to bolster investment into one of the most under-invested asset classes — leadership and human capital.

Adapted from an extract from “The Global Handbook of Impact Investing: Solving Global Problems Via Smarter Capital Markets Towards A More Sustainable Society”, John Wiley & Sons, December 2020, from the 48 page chapter, “Leadership By Results for Impact Investors and Investees”, written by the author of this blog, Rajen Makhijani.

A crucial skill for a new generation of leaders: moral imagination

The mindset of a good business leader for an inclusive future