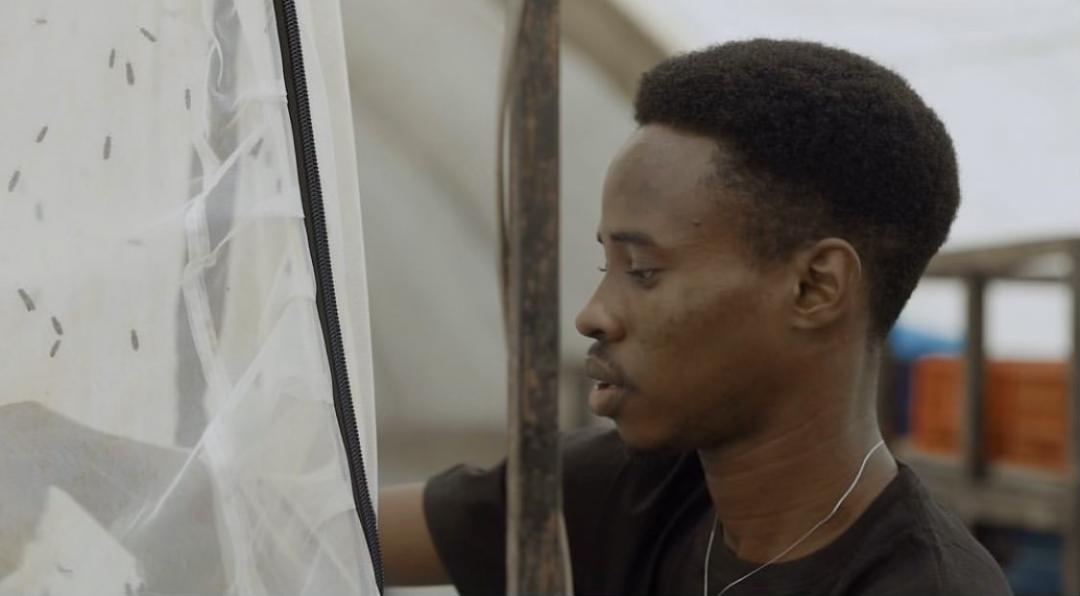 Bomi Fagbemi
Bomi Fagbemi is the Co-founder and C.E.O. of Bioloop, a Nigerian biorefinery upcycling organic waste. Prior to founding Bioloop, he worked as a consultant at Sahel Consulting supporting the implementation of agricultural development projects across West Africa. He holds a BA from the University of Pennsylvania, majoring in Politics, Philosophy & Economics with a minor in French.

Bioloop aims to revolutionize African food systems through the design of closed-loop circular systems. We have designed a biorefinery that turns waste into wealth for smallholder farmers. Our zero-waste, zero-emissions system converts organic waste using black soldier fly larvae. When the black soldier fly larvae are fed organic waste, they mature quickly and have a high protein content which makes them a nutritious animal feed. In the feeding process, they break down the organic matter and leave behind a residue which serves as an organic soil amendment.

Can you please explain how Bioloop’s waste-to-value model works?

It’s pretty simple when you actually get down to it. We source waste, and we process it using insects, the black soldier fly; they're extremely efficient in converting food into their own biomass. And insects are great, because you can farm vertically and really densely. So you can get a relatively high output out of a pretty small area without any soil erosion, greenhouse gas emissions and things like that. Then we get the byproducts. The byproduct from the feeding process is an organic compost. And of course, once we're done processing the insects, we can get to an about 70 per cent protein product, which is great for poultry farmers, pig farmers, and aquaculturists as well.

How does this bioconversion of the waste products help future proof the food system for Nigeria?

One, it's a simple supply and demand problem. Our population is exploding and the cost of food and cost of producing food is rising. So we need some solutions that change the way our society functions a little bit. We can't keep having this linear production model. We’re aiming for import substitution because our product is a substitute for soy, fish meal, and maize in animal diets. And soy and maize are things you can use to feed human beings. Competing with animals for nutrition, especially in a country where malnutrition is a problem, is to me a bit silly.

I think it's getting a bit more traction in Nigeria, showing that sustainable business is not just a buzzword and it's not just because people love the climate, but it's actually the smart thing to do for your business. Typically, you save money in the long run and your business is more efficient. So, we have a zero waste policy and produce no emissions. The cost of fuel has gone up dramatically, but our cost of production hasn't changed. Because we're fully off-grid and generate our own power with solar panels. And so it's showing that building resilience, and on an economic level, just lowering the cost of production just makes productive farming more accessible.

You mentioned how you're producing a product to substitute for soy, or maize, or fish meal. How many of those products right now are being imported?

All of them. So obviously, you're vulnerable to any external shocks and currency fluctuations. Also, we're competing with animals for human nutrition.

Who are your main customers, and how do you determine the price of your products?

We sell protein to farmers: poultry farmers, pig farmers, and fish farmers. We also sell compost to farmers, as well as gardeners, and landscapers. That's actually been a big part of our compost market, people who landscape for hotels for example, because our compost is dry and it doesn't smell. It's easy to store and use in urban areas, unlike cow manure.

Honestly, selling the products hasn't been that much of an issue, especially protein. We compete on price because our only real costs are sourcing the waste and paying our staff. Farmers are price sensitive because it directly affects their margin. One of the biggest surprises to me is that I haven't had any issues sensitizing people to using insect protein. Our actual problem has been, we don't have enough supply to meet the demand. How can we scale our supply sustainably so that we can meet all this demand?

How do you measure your impact?

We measure impact through the equivalent amount of CO2 emission saved from waste that would've gone to landfill, or soy production and fish meal production. We also measure total waste processed in metric tons. Another area is energy generated; one thing that we've been working on more recently is biogas. So the fertilizer is a really good feed stock for an anaerobic digester.

That’s the next phase of what we're going into: energy generation, as well as partnering with farmers. When we started out,  pre pandemic, we were partnering with over a hundred women cassava farmers for waste collection. So that kind of integration with farming communities is also something that we're very much interested in.

When we were getting the cassava, we had to get the peel, do some sorting, grind it down, maybe sieve it a little bit. It really added a whole pre-processing stage to our production line, which also became a bit unsustainable. However, that kind of model is something that I'm still very much interested in, because the way I see it, Bioloop could be attached to any farming community, or anyone that's producing large amounts of waste. That's the goal.

So you have partnerships with certain farming communities?

That’s something that we are working on. I could give you a small case study. There's a pig farm on the outskirts of Lagos. It's probably about 3,000 pig farmers in one community. And they were decimated by Covid-19 and swine flu. And since then, it's been hard for them to recover, and a big part is the cost of feed and energy. They have roughly 3,000 pigpens, all interconnected and all the waste flows into a river. But it's also a business opportunity in the sense that you are washing away money: there are things that you could recycle. So we could go over there and we would get all this waste and convert it into protein, into energy, fertilizer. This would lower the cost of production, make it more resilient, so next time there's any kind of shock it's a lot easier to get back up. And also, if there's more proper waste management, then it's probably a lot easier dealing with the transmission of infectious diseases.

Can you talk a little more about how you see your business growing in the future?

Diversifying into biogas will increase our energy production potential, which also would be increasing our waste processing capacity. That’s exciting. And I think there's something about the prospect of a community being able to feed and power itself from its own waste. Most farmers in Nigeria are rural smallholder farmers and I think that would really change a lot for them. If you have access to cheap agricultural inputs, your cost of farming is going down, and you also get this cheap energy that you're generating yourself. I think that would really change the entire economic picture of farming in Nigeria. They would become a lot more efficient and we'd produce more food. Ideally the cost of production would go down, and food would become more affordable.

On the more technical side, we do want to focus on strengthening our supply chain logistics and maybe integrating tech into that process a bit more. I think mobilizing the informal sector would also be pretty impactful. There are a lot of people in waste management, unofficially, but I think they just need that push to have a waste sorting and waste processing center. And being able to streamline that process would be huge for us. For one, because we know exactly what kind of waste we're getting and we have a waste source secured. And also because the societal effects of having efficient waste management services would be pretty extensive.

With a narrow window for innovation, will our food systems transform or unravel?