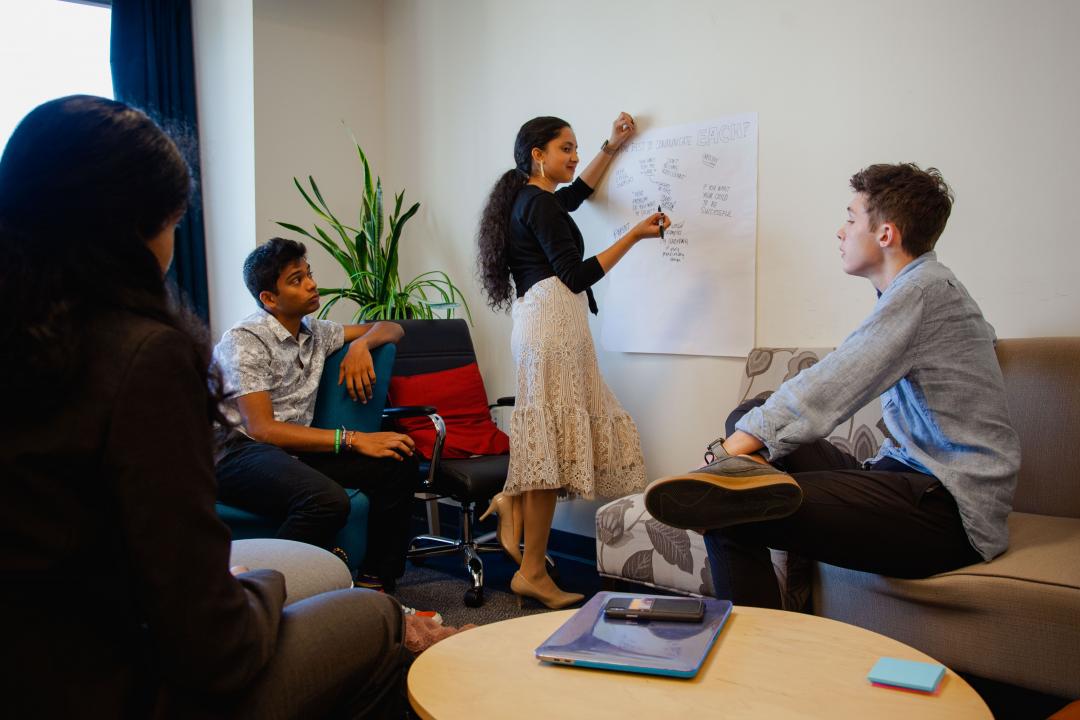 Bill Drayton
Bill Drayton is a social entrepreneur with a long record of founding organizations and public service. As the founder and CEO of Ashoka: Innovators for the Public, Bill Drayton has pioneered the field of social entrepreneurship, growing a global association of over 3,900 leading social entrepreneurs who work together to create an ‘Everyone a Changemaker’ world. Ashoka Fellows bring big systems-change to the world’s most urgent social challenges. Over half have changed national policy within five years of launch. As a student, he founded organizations ranging from Yale Legislative Services to Harvard’s Ashoka Table, an inter-disciplinary weekly forum in the social sciences. After graduation from Harvard, he received an M.A. from Balliol College in Oxford University. In 1970, he graduated from Yale Law School. He worked at McKinsey & Company for ten years and taught at Stanford Law School and Harvard’s Kennedy School of Government. While serving the Carter Administration as Assistant Administrator at the Environmental Protection Agency, he launched many reforms including emissions trading, a fundamental change in regulation that is now the basis of much global as well as US regulatory law, including in fields beyond the environment. Bill launched Ashoka in 1980; in 1984, he used the stipend he received when elected a MacArthur Fellow to devote himself fully to Ashoka. Bill is Ashoka’s Chief Executive Officer. He also chairs Ashoka’s Youth Venture, Community Greens, and Get America Working! Bill has won numerous awards and honors throughout his career. He has been selected one of America’s Best Leaders by US News & World Report and Harvard’s Center for Public Leadership. In 2011, Drayton won Spain's prestigious Prince of Asturias Award and, in 2019, Drayton was elected as member of the American Philosophical Society. Other awards include Honorary Doctorates from Yale, NYU and more.

Achieving impact through the everyone a changemaker revolution

In a world increasingly defined by change and a need for collaboration and innovation, what makes you hopeful today?

Here’s a fact: For the last three centuries, the rate of change and the degree and extent of interconnection have both been increasing exponentially, with each feeding the other. This started when businesses structurally said, “Anyone who has a better idea and implements it we will make rich and respected—and then we’ll copy you.” That was the beginning of the modern “everyone a changemaker” revolution. As this revolution has gained strength, more and more of the world has joined it—across the continents and from business into the citizen half of the world’s operations.

Not only is this ending poverty, it is multiplying our understanding and giving more and more of humanity what truly brings health and happiness—the opportunity to give, to be powerful, to be a changemaker. A world where everyone has this opportunity and knows how to work together is one where the problems cannot outrun the solutions; it is a place that structurally supports equality because everyone benefits when everyone else becomes a better player; and more and more people have the deep satisfaction of expressing love and respect in action that previously was limited to very few.

Embedded in “everyone a changemaker” is the idea that social entrepreneurs—and even parents—have a duty to ensure that their employees—and for that matter their children—know that they themselves are changemakers. Why is this important?

Let’s start with two further questions: Why is it that income distributions are getting worse everywhere in the world—regardless of the nature of the local economy or the ideology of the society? Second, why in the last half-dozen years have “us versus them” politics spread so very rapidly across the globe?

The successful, fast-growing part of the world is an everything-changing faster and faster world that has room only for those who know how to play this new game. It’s almost exactly the opposite of what went before—give people a skill (such as banker or barber) that they will repeat for life in workplaces with lots of walls, a world where success was a function of efficiency in repetition. The new game requires very sophisticated and quite opposite abilities. Much, probably most, of the world’s population has enough of those abilities that they can play. They are doing very well. Moreover, because this new world is organized in “fluid, open, integrated teams of teams,” all the team members need to and do help one another get better and better at a game that is accelerating ever faster. There’s absolutely no shortage of jobs here; there’s a bidding war for anyone who can play.

Then there’s the other half. They don’t have the abilities. They’re not in the game, and they’re not being helped by teammates to learn and expand those abilities as those in the game are.

What happens when there’s a bidding war for one group and disappearing demand for the other? Worsening income distribution everywhere.

What happens when you tell a very large part of humanity, “Go away; we don’t need you; it’s your fault; and your kids don’t have much of a future”? They get depressed and they become permanently angry. Hence “us versus them” politics.

Treating anyone this way is deeply unethical. Ensuring that hundreds of millions of kids don’t have the ability to contribute in life is far worse. But that’s what we’re doing.

If you are to succeed as a parent now, you must make sure that your kids have these new abilities, which they need to be able to contribute in this new game, even if the schools are largely still clueless.

If you are a leader of any type of organization, how can you possibly compete in this world if you don’t have an “everyone a changemaker” team?

In this issue of CLUED-iN, we are focused on evidence of impact. As a global community, do you think we are making progress towards achieving the Sustainable Development Goals? What evidence do you have of this?

We are making progress; but, to an important degree, it is illusory. People think they are going to solve unemployment in Africa or the U.S. “by giving young people skills.” What is the half-life of any skill today? And how long will a person with a skill be employable if they can’t meet the overriding requirements of contributing to and adapting to change and living in a universally “fluid, open, integrated team of teams”? (The owner of a large company told me not so long ago that he will never again hire a machinist but instead will seek people who have changemaker skills, knowing that he can train them to do whatever repetition is needed as those needs change).

At a different level, “us versus them” is making it progressively harder and harder for societies to deal with the difficult challenges before them. This short-circuits progress in another way.

How do you describe Ashoka’s impact? Has your “impact framework” evolved over time?

There are three levels of impact: Direct service, systems or pattern change, and framework change. Although we do need teachers in the classrooms and pilots, Ashoka does not operate at this level at all.

Entrepreneurship begins at the second level, systems change. Three-quarters of Ashoka Fellows have changed the patterns in their field at a national and/or international level within five years of launch. Ashoka further multiplies this impact by catalysing the roughly 4,000 hugely powerful Ashoka Fellows to work together.

Ashoka’s biggest impact is on the dimension of framework change. We very consciously created and spread the construct of social entrepreneurship—which today means that millions of people across the globe have an idea, that caring and organising for the good is a good, realistic life opportunity. It also means that people in the field can find one another and collaborate.

Eighty percent of our impact now is helping society see that we are in the turning point years of the “everyone a changemaker” revolution—and that this changes every dimension of all our lives, individually and in whatever groups are important to us.

What tools can entrepreneurs use to demonstrate impact within their companies and organizations? Are there any best practices you would recommend to entrepreneurs?

First, be very clear if you’re measuring direct impact, systems change, or framework change. Each is important, but each is very different from the others and requires different impact measures. Entrepreneurs focused on systems change can ask whether they have changed regional, national, or broader policy. And have you changed the pattern in your field? And have independent institutions copied your innovation?

The other dimension for entrepreneurs is framework change. For the transition to the “everyone a changemaker” society, here are two universal measures or questions to ask:

For social entrepreneurs who are aiming to grow their impact, what is the most important advice you can offer them?

I think there are two that are essential:

Is there anything you would still like to add?

There are very few things remotely as emotional or satisfying as seeing a young person you love get her power, know that she will be an important contributor to society and that she will therefore always be wanted. To know that she is going to be a happy, healthy giver in life—a changemaker.

The key to making this happen is to help her build “her dream, her team, her changed world.” Ashoka would be very happy to provide a free monthly LeadYoung video to any CLUED-iN reader. These stories help young people (and parents!) see this path and its magical power. They also provide tangible “how-to’s.” Just let us know you’re interested at leadyoung@ashoka.org.

David Bornstein’s How to Change the World: Social Entrepreneurs and the Power of New Ideas (Oxford, Penguin and 25 others) is still the best introduction to social entrepreneurship. It is also used in university classrooms across the world.

Ashoka.org will open many other doors.

From resources at scale to impact at scale