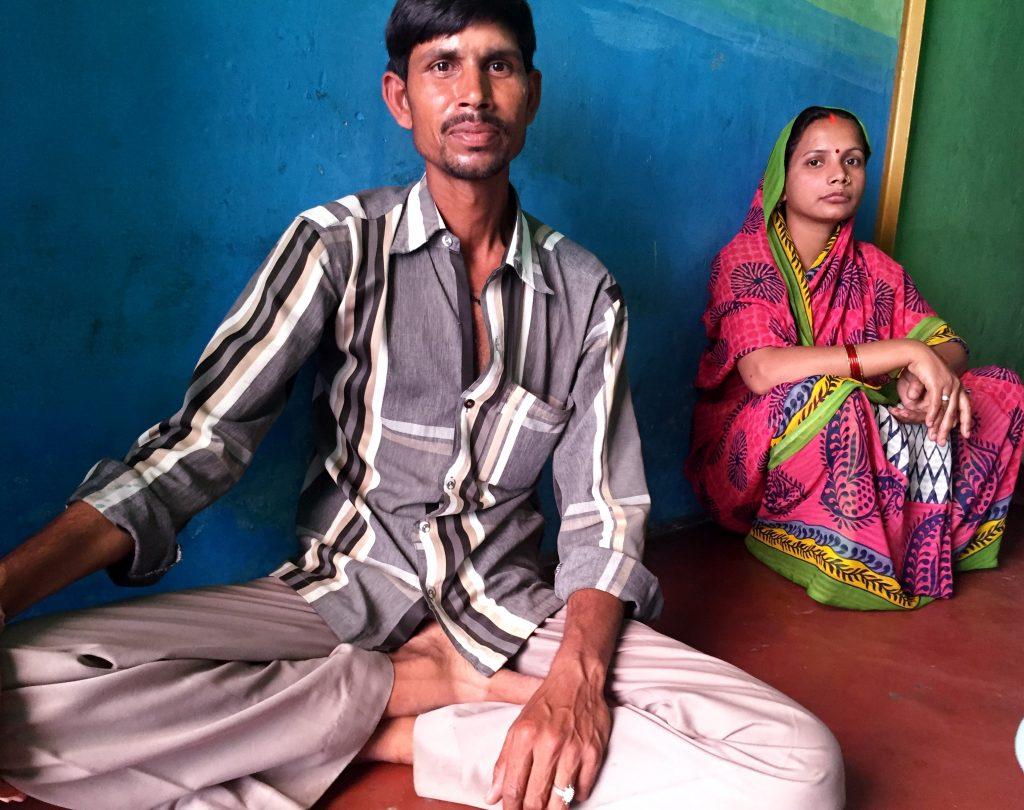 Beyond building products – changing hearts and minds to actually use them!

They were everywhere – blown up condoms were flying around as balloons in a small village in southern Kenya, where I worked. Just a day earlier, a group of volunteers from an international NGO came to the village to promote family planning. They held a whole-day workshop for women and thoroughly described the risks of lack of sexual protection. The next day, the volunteers left. And the village was covered with flying condom-balloons.  It was 2007 and I was just about to learn how typical that story was. In the months that followed, I saw cook stoves being used as shelves instead of as cooking equipment and mosquito nets used as football nets used by local kids. So what went wrong?

Reframe. It is not a technical challenge.

The stories above are not new, but they outline a pattern in international development: challenges to service delivery are often considered technical problems, which require a clear, technical solution. In technical challenges, the problem is clearly defined and well understood, the solution is clear, and a body of knowledge has been amassed to successfully address the problem. No systemic or behaviour change is required [Dean Williams, Harvard University]. A road infrastructure development is an example of a technical problem.

In reality, successful service delivery solutions require changes in people’s values, attitudes or habits. Family planning, health care, and energy projects are good examples of what Ronald Heifetz from the Harvard University calls adaptive challenges. Even if the problem is defined, a solution is usually unclear. Many conflicted stakeholders are involved. Most importantly, solving such challenges requires shifting deeply held beliefs and world views.

Changing people’s behaviour is what brings success or failure to the adaptive challenges of service delivery. The World Bank Social Enterprise Innovation Program analysed social enterprises successfully delivering services at the bottom of the pyramid. Successful social enterprises approach service delivery problems as adaptive challenges: they identify the behavioural change required, engage stakeholders and constantly iterate on the solution. These social enterprises use behaviour change at two distinctive levels: to design effective products or services and to build community engagement, ownership and sustainability at the implementation stage.

Design. “Fix” the context not the person.

Successful social enterprises design products and services that take into account existing human behaviours, values and biases. Instead of trying to “fix” a person, they focus on changing the, so called, choice architecture – the context in which the decision is made.

Operation Asha, for example, substantially eases the process of tuberculosis treatment for its low-income patients. The social enterprise decreases patients’ hassle of traveling to a clinic by opening treatment centres in places to which people already go, such as supermarkets. It also prevents forgetfulness and inattention by sending SMS-based reminders and following up with home visits if a patient misses an appointment. The model increased a treatment success rate to 87 per cent - more than double the government’s programme success rate.

SMV Wheels, on the other hand, addresses a “present bias,” a tendency to give higher value to the pressing needs of today than what might arise in the future. The social enterprise understood that the present bias prevents rickshaw drivers from buying accident insurance – a must on the busy streets of Varanasi, India. Hence, the company made it a default option. Each of the 3260 drivers who uses SMV Wheels’ services is automatically enrolled in an insurance scheme.

Thanks to SMV Wheels’ automatic enrollment, it is the first time the rickshaw drivers are enrolled in an accident insurance scheme. Source: Marta Milkowska. Courtesy: SMV Wheels

FIA, another social enterprise, used choice architecture tactics to provide banking services to millions of unbanked people in remote areas in India. FIA realised that many low-income and often semi-literate workers are overwhelmed with the number of offerings in the traditional bank branches to such an extent that they don’t register for any option. The social enterprise responded to this problem, called by behavioural scientists as “choice overload”. It opened banking kiosks offering a narrow portfolio of a few financial options tailored specifically to its customer group. With the growing uptake of its savings account, today FIA caters to more than 3 million customers in 35,000 villages or semi-urban territories in India.

Engage. Put the local stakeholders in the driver’s seat.

Solving an adaptive challenge requires shifting the primary responsibility and ownership of the challenge to the primary stakeholders. Hence, even the best designed intervention will fail, in the long run, without an active engagement and ownership of the local community. Successful social enterprises use a range of techniques, from human-centered design and co-creation to participatory design, to put their beneficiaries in the driver’s seat. They build long-lasting ownership and create new social norms.

A sense of ownership and trust among community members is one of the key success factors of Waterlife – a social enterprise, providing safe drinking water to underserved populations in India. Waterlife engages villagers in operations and maintenance of its facility, which has led to its high growth and sustainability. It has established about 600 community water systems and substantially improved health outcomes.

Some of the most successful social enterprises I have seen go a step further and create new social norms by engaging a community at all levels, including children, peers, parents, local religious or political leaders, and many others. They tackle a range of issues and aim to bring unschooled rural girls to school (Educate Girls), support female hygiene management (Aakar Innovations ), or even change agricultural tactics among farmers in Africa (Digital Green). More on social norms in my World Bank blog. 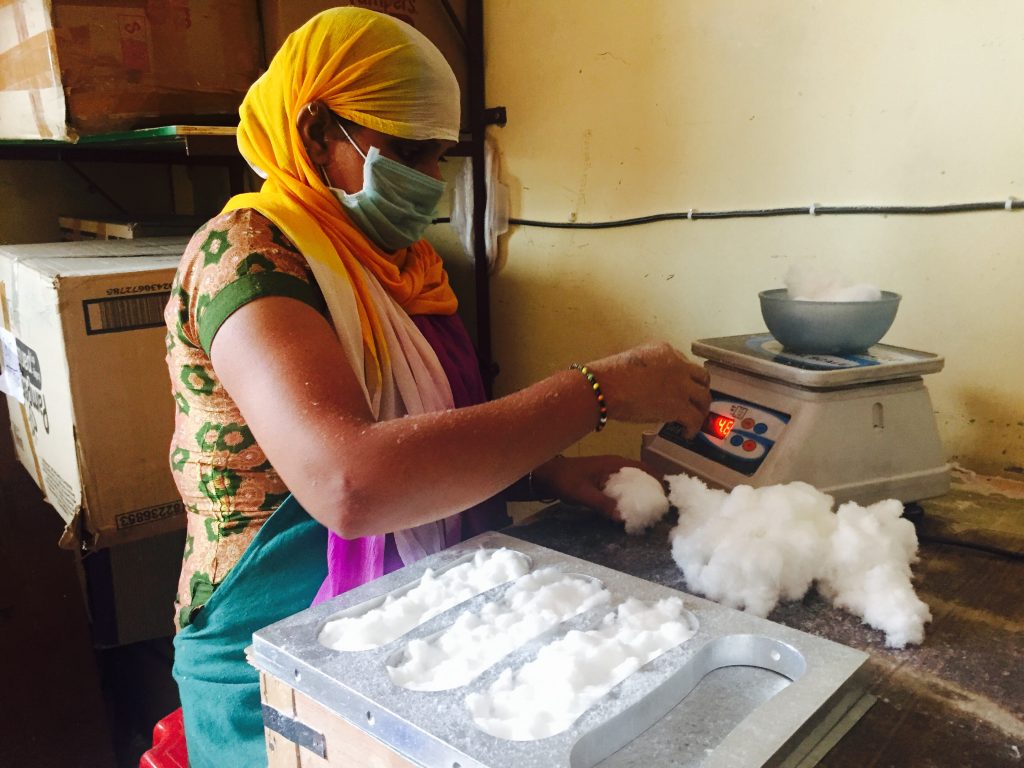 In order to solve the global service delivery challenges, we have to discard our ‘road construction” problem-solving approach when tacking problems that touch hearts and behaviours. We have to stop responding to adaptive challenges with (only) technical solutions. Finally, we have to focus on people and sustained behaviour change. Social enterprises provide valuable lessons.

This blog is part of the October 2016 series on Exploring the social enterprise landscape, in partnership with the World Bank Group and endeva. Read the whole series for insight and opinion on policy, business models and definitions from social entrepreneurs, policy makers and facilitators around the world.