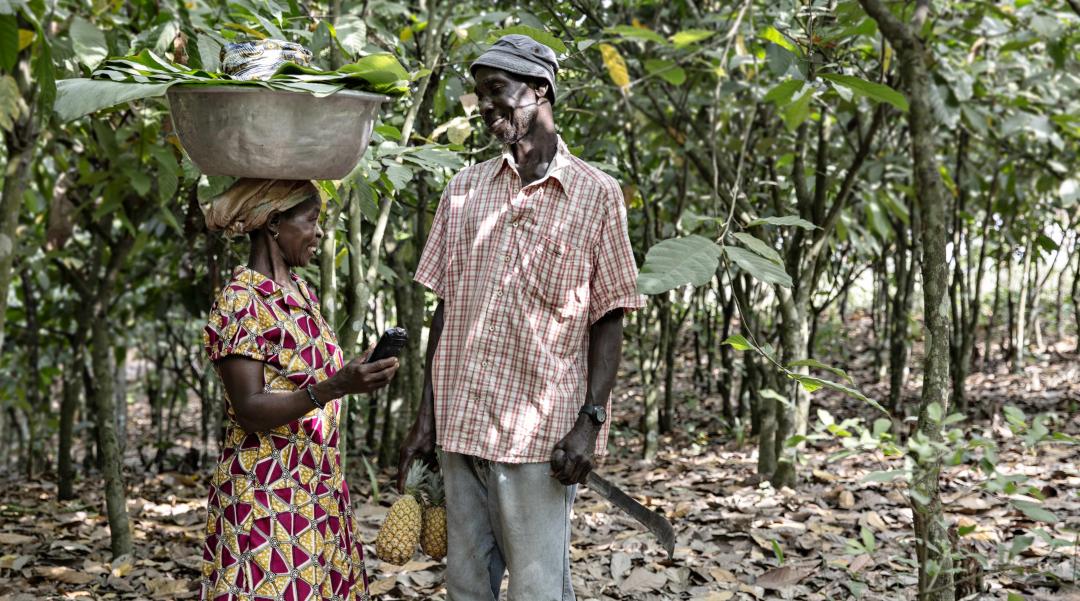 In this interview, Liisa Smits, the founder and CEO of Ignitia, reminds us of the importance of not losing focus on customer needs while taking into account cultural differences.

How did you determine your customer base or niche?

We did a number of pre-feasibility studies of who would need the information most and concluded that if we wanted to move the needle of GDP in developing countries, our customer base would be small-scale farmers.

Can you tell us more about your B2B2C business model?

In agribusiness, we are bundling the forecasts with agricultural inputs such as seeds. The incentive for the input companies to do this is that we can increase the success rate of their core product, and create a competitive advantage.

Would you recommend this approach for a specific type of business idea?

I think this approach could be used if there is a clear way to improve the B2B business.

How did you determine pricing? It must be low enough to be affordable for rural farmers yet still profit making.

We took the price of a coke bottle and divided it into seven, for seven days of the week. We figured that Coca-Cola had already done the market research, and our customers should be able to afford a similar cost for our product. It has been very effective.

Ignitia plans to convert farmers from project to paid subscribers. Why is this important?

It's for sustainability reasons. We want to make sure that farmers can access our technology, independent of any third party. We are trying to work around the idea of having project defined results, where you come in, you make an impact, but then you withdraw from the country. We want to see a long-term sustainability in the work we are doing.

Is it important to treat low income farmers as customers rather than beneficiaries?

Yes, I think that there are some huge advantages of seeing them as customers. One is that nobody spends money on things that are perhaps nice to have, but not ‘need to have,’ if you're already short on cash, right? In these cases, we are talking about people that live in extreme poverty and are very sensitive towards where they put their money. So, if there is a willingness to pay for our product, we know for sure that there must be a ROI (return on investment) in having it, as well.

How do you create demand and market your product?

By digital channels made for basic mobile phones. We have been sending out the message that our weather forecasts are now available for specific farms. Imagine having a feature phone, and then you need to load it with credit. You go then to the seller of credits that might be in your village. You buy the cards and then you reload.

Once the confirmation message pops up "Now you have reloaded with two Ghana Cedis," we added a one-liner underneath that message.

Farmers would see a message such as: "If you want to know more, dial *455#". It's called a USSD menu. I think we used it in the early nineties in Europe. But it's very common in Africa.

You are currently working only in Africa. Are you planning to expand to other regions?

Yes, we are. We actually have the Latin American map in front of us and are looking at Brazil as a market for later in 2020.

How did you choose Brazil?

We looked at which economies in Latin America are very tightly connected with agriculture in the country and we also looked at the number of smallholders. The setting was that there would be a lot of smallholders.

Which tools do you use to manage customer relations?

It's different in different countries. In Mali, for example, you can always call us. There is somebody answering on a helpline phone, in case you are having struggles or complaints or whatever it might be. In the other countries, the phone number goes straight to the telecommunication operator. For value added services, which we are seen as, it's usually a high complaint stream that goes to them. However, in our case, we receive a lot of just positive feedback, which is very unusual for the telecommunications companies. So, that's one reason why they like our service.

What we do proactively, as well, is that we reach out to a sub-selection of farmers to hear what their impressions are. This way, we get continuous product insights of what we can do better. Can we express ourselves better? Are there other issues? One of these sessions led to a feature where customers can change the location of the forecast to pinpoint where their farm is.

So customers can pinpoint if they feel like it is not quite as accurate as it could be?

Yeah. Often, it's that they have mistakenly been pinpointed to the village where they live, but their farm might be very far away from there. So, these have been typical user cases where we have seen like, "How can we deal with this?" And then we came up with this really simple change to location feature, that while you stand in the location where you want to have it changed to, you then just press change location and it automatically collects them.

If this had been a smartphone, it would be basic. But because these feature phones don't have any GPS locators, it is actually quite a hassle to get hold of that information. But, we managed.

What was the biggest lesson learned when you structured your business model around your customer base?

I think that the largest lesson learned was information we took for granted turned out to be wrong. For example, we assumed it would be much easier to use symbols than text for illiterate farmers, but it turned out to not be the case.

How did you determine that that was not true?

Every time we launched a new way of communicating, we tested it first on about 50 farmers and then called them to see what they thought it. And in this particular case we thought that we had been super smart because, via a text message, we could send a symbol to feature phones. Generally, it’s not possible to send pictures to feature phones. But we found a way around it and then when we went there to see, "What did you think about it?" And we asked those critical questions such as, "What is it that you see on your phone?" They turned around and said, "Well, it looks like a poisonous spider." And then we realized that symbols are not intuitive. That's something we learned in school. For them, the symbol of the sun could as well have been a poisonous spider.

So, a lot of those things became very apparent. For example, in local languages, there are no numbers. Those were introduced later on and are often said in English, for example in Ghana.

So, it seems like there is a cultural component there, as well.

Oh, for sure. A huge cultural component, and to find something that works across those cultures, across multiple languages, I think was the absolute largest barrier for us to enter the market.

And did you work with somebody on the ground who understood the local cultures to help you with that?

Yes, we tried 121 different approaches before we found one that worked. We worked with a lot of people on the ground to make that happen.

And now that you're expanding to Brazil, there are obviously cultural differences there, as well. Do you think that you'll have to go through a new learning period in terms of understanding the culture there?

Yes, I definitely think so. It will be a whole new learning curve. However, we have developed good processes for how to get hold of this critical information as fast as possible.

How is Ignitia supporting customers during the Covid-19 outbreak?

With predicted food shortages and lack of labour in agriculture, our offer of providing decision support to farmers becomes even more relevant in times of Covid-19 spread. We communicate daily with 1.3 million farmers subscribing to our forecasts, without boots on the ground in each village. The information helps farmers to time their decisions better on what to do when, which has been shown to increase yields while halving the need for labour. Both parts are critical to address food security in rural areas during Covid-19.

From a company perspective, we can see that the landscape for investment is changing rapidly, putting a halt to any long term development plans. Given that food production needs to continue despite virus outbreaks, we hope that funding towards resilience in small scale farming will be prioritized.

How Africa Is Using Medical Drone Delivery to Combat COVID-19