A groundbreaking report assessing patients who use ZHL emergency ambulance service in India is now public. Whether you work in health, stoves, fertiliser or anything else, this report has relevance, because it demonstrates how to understand more about who your clients are, how poor they are, how many women are reached, and why different client groups engage with the business. 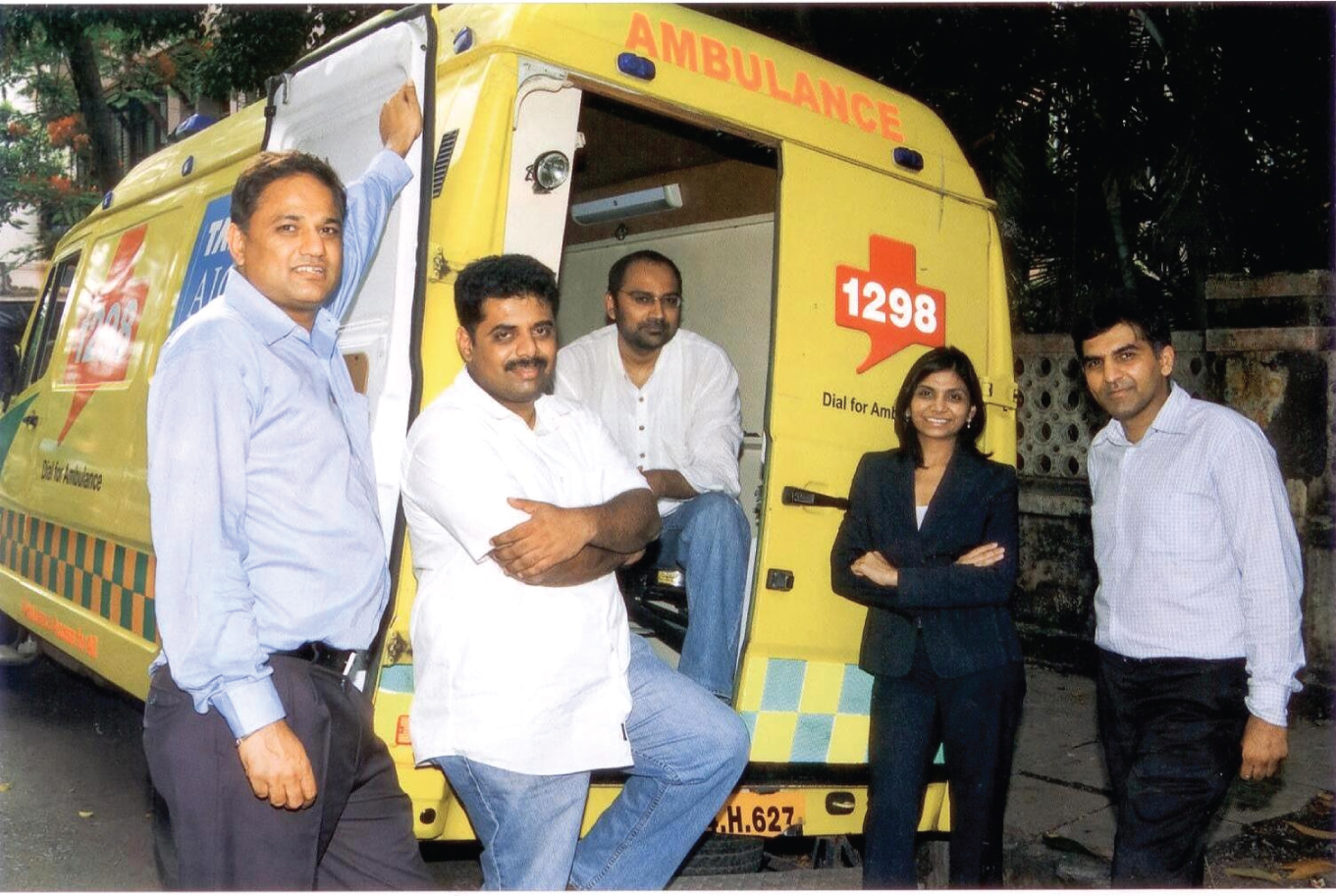 ZHL provides emergency ambulance services for free, in partnership with the Government, as ‘Dial 108 for Ambulance’. Like many inclusive businesses, they knew that the majority of the population were poor (by national and international standards) in their areas of operation. They knew that women in labour were primary users, due to their partnerships with health services for pregnant women. But this analysis, Poverty Profile of Ziqitza's Clients, reveals a well-textured profile of their patients in different states. It tells them the reasons clients call, where they are reaching more poor people than the state average, and where they reach fewer, and where women are a disproportionately high number of users.

Better still, it was not an intensive data-drowning budget-ransacking survey. ZHL already has a call-centre, taking the emergency calls. The client survey was designed to be integrated into the work of the call centre, following up with recent clients. Yes it took effort and budget, and a bit less than 90 days from start to finish. But it demonstrates an approach that I believe will over the next few years will be widely adopted by businesses, and become increasingly streamlined, cost-effective and useful as a result.

The new study was done with Acumen Fund, one of their early investors. As the report says, the objectives were threefold: to measure poverty rates amongst users; to better understand what might drive outreach to poor client groups, particularly women; and to test a more cost-efficient method of assessing poverty levels through phone surveys.

What did ZHL and Acumen discover? Plenty.

The company found an estimated 77-78% of ZHL’s customers in Odisha and Punjab fall under the $2.50 (2005 Purchasing Power Parity (PPP)) a day poverty line set by the World Bank. While the percentage figure was very similar in both, useful differences emerged. In urban Punjab and urban Orissa, ZHL’s operation reached more low-income populations than the geographic averages by 5-14%. ZHL also found that their rural operations in Orissa were not reaching as many poor clients. This has prompted further thinking within the company of how to further refine their operations.

Discussing the report at a session on tracking results, organised by Business Call to Action in New York in October, Shaffi Mather, CEO of ZHL, explained their thinking.

‘In rural Odisha, we understood that our service was reaching a lower percentage of poor people (Below Poverty Line) in that region. Post that study we have tried to understand why it was so. The tribal population in that region assume that these ambulance is ‘not for them’. They don’t call the ambulance when they need it assuming they don’t have access to it. Now we are undertaking campaigns with the tribal population to explain and make them aware.’

The study also mapped the reasons for needing an ambulance, by demography and gender. Poverty rates are lowest amongst those calling due to traffic accidents, but highest amongst those dealing with childbirth/miscarriage, or needing transfer between small facilities and expert ones. Abdominal pains were also very high in Odisha, correlating with low access to potable water there.

ZHL’s study was implemented using the Progress out of Poverty Index (PPI), an easy-to-use poverty measurement tool developed by the Grameen Foundation, which is composed of 10 questions on a household’s characteristics and asset ownership to compute its likelihood of living below the poverty line. Unlike traditional PPI studies where enumerators collect responses to the 10 PPI questions at customers’ homes, ZHL’s study incorporated the PPI questions into the telephone survey. The sample size and methodology of this study allowed the results to be statistically relevant with a marginal error rate of only 2-3%.

Integrating the PPI into client surveys with the use of ICT is a newly emerging tool, that is picking up strength. Other blogs on this Practitioner Hub from Acumen and Root Capital explain how they are approaching similar issues, and the PPI approach is explained by Grameen Foundation. The ZHL study is one of the first published. It is not a glossy report – its’ a thorough description of all the results, table by table. Don’t let the non-glossy presentation mislead you: this is part of a big step forward in the field of inclusive business and the challenge of tracking social performance. 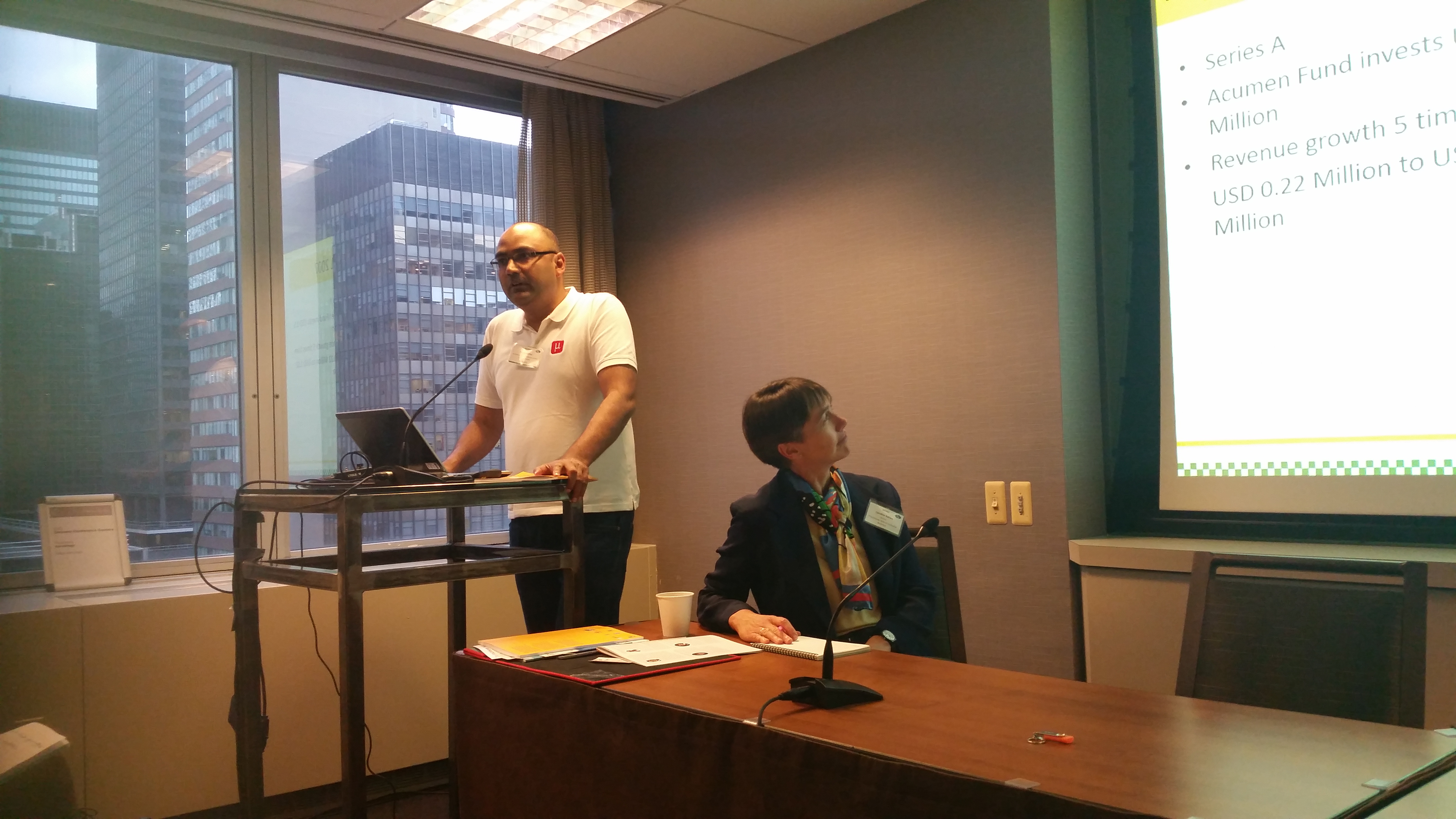 ‘We believe that Impact measurement is very very important . Otherwise we might have the infrastructure in place, we might have the processes in place, but people who need the services might be missing out. ‘ - Shaffi Mather, ZHL Founder and CEO, in New York, September 2014.

Video of the BCTA event where Shaffi Mather talks about ZHL’s growth and their impact assessment (alongside Parag Gupta of Waste Capital Partners) is on Youtube from 20’ 32’’ onwards.

ZHL’s poverty profiling, along with data analysed by Solar Now on their customers, is profiled as good practice social performance management in the new flagship BCtA report: Breaking Through.

For related blogs, see one on Acumen's Lean Data Initiative by Rohit Gawande, Asya Troychansky on Root Capital's mobile-enabled farmer surveys, and one on Grameen's PPI by Julie Peachey.

Editor's Choice is produced monthly, sharing a top pick with inclusive business practitioners. For a full list from the past 4 years, see our archive list.

The Next Generation of Sanitation Businesses