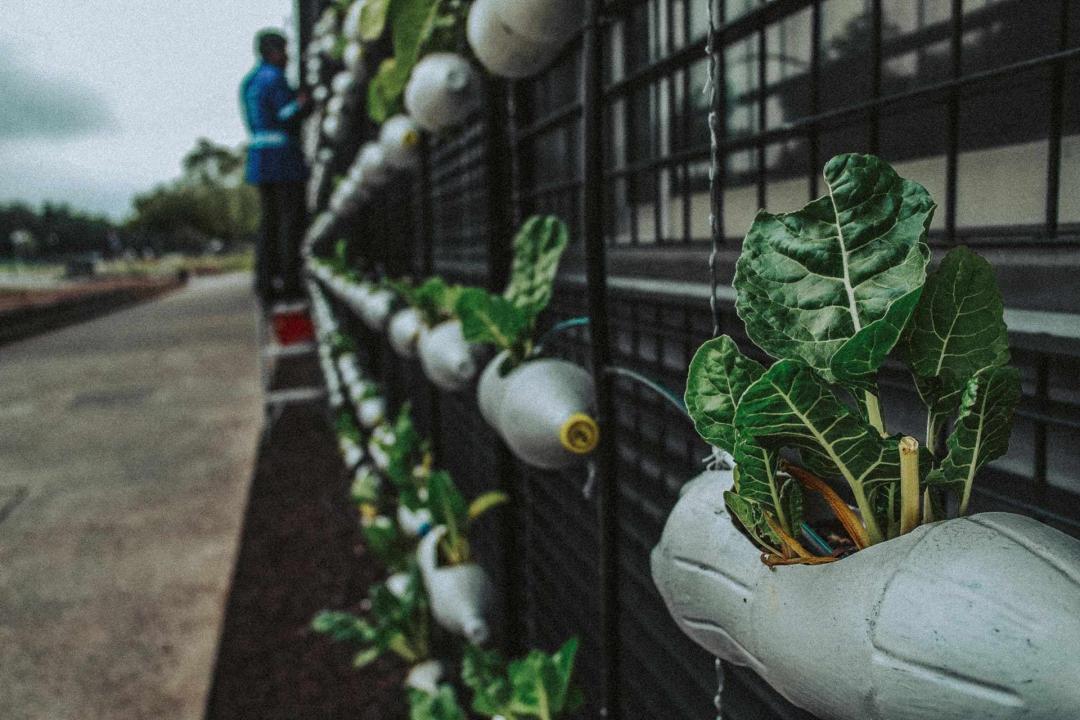 Wytske Chamberlain is an expert in the complexity of inclusive business models, in particular in the agricultural sector. She has done extensive research into the compound structures that enable the integration of smallholder farmers and poor rural communities into commercial value chains. Further interests lie in the areas of land governance and large-scale land acquisition. Wytske has established her own business, Greenstick Consultancy, through which she offers her services as freelance consultant. Dr Chamberlain holds a PhD in Rural Development from the University of Pretoria, an MA degree in Human Geography from the University of the Witwatersrand and an Honours degree in International Economics and Economic Geography from Utrecht University.

Commercial value chain integration has often been hailed as an avenue for growing farming activities in rural communities. Partnerships with agribusinesses for market access have been stimulated across the developing world to bring about this commercialization of smallholders. But whereas the business case of such partnerships generally stands, the inclusiveness aspect often lags behind in practice. This is a result of the uncertainty of a novel business partnership, and further enabled by the power imbalance between the poor rural communities and the commercial partner. As a result, inclusive businesses (IBs) in the primary agricultural production run the risk of transferring control over smallholder assets to corporate entities, rather than empowering the rural communities. A change of business approach with a long-term commitment is required to make IBs more inclusive.

Such a "corporatization" of smallholder assets is observed in South Africa where a great diversity of inclusive business models has been implemented in the agricultural sector. These partnerships are partly driven by transformation policies by the government to address the dichotomous character of the sector. On the one hand is a well-developed segment that engages in modernised, large-scale production activities supplying modern domestic retailers and high-value export markets. The assets, expertise and profits are concentrated in the hands of a small, mainly white, minority: large-scale farmers and corporate entities. On the other end is a large group of black small-scale farmers and landowners who are unable to participate in commercial value chains. The effects of years of segregation under the apartheid regime remain visible after 25 years. The South African government actively promotes inclusive business models to transform the agricultural sector to a more equitable one. It particularly favours strategic partnerships, mentorships, and farmworker equity as instruments to redistribute land, assets and profits to previously excluded groups and build skills among these people. The question that arises is how these IBs contribute the developmental goals of beneficiary empowerment, land distribution, and agrarian reform.

Studying a number of IB partnerships that have been in operation for a number of years, the results appear positive. These IBs have enabled smallholders to bring their small plots into production, or have rehabilitated agricultural production on large-scale orchards on community-owned land. Communities and farmworkers have experienced an accumulation of assets through equity in joint venture companies. These IBs also generate an income that is sufficient to remain operational, creating job opportunities for the local communities in which they operate. Through their participation in an IB partnership, smallholder farmers have gained access to input, finance and offtake markets, a key objective of an IB. Furthermore, IBs have promoted the uptake of technology and certification. Inclusive business thus provides an avenue to create conditions for the sustainable participation of smallholder farmers and low-income communities in modern value chains.

But whereas the business side of an IB is demonstrated, the inclusiveness aspect often lags behind. The picture that emerges is that, despite a productive business, little of the benefits trickle down to the individual smallholders. Financial rewards are extremely low as loan financing needs to be serviced, the IB needs investment for rehabilitation and growth, and the little funds that are distributed to the smallholders need to be shared among many. Lack of knowledge, experience and (financial) resources side-line smallholders in decision-making processes. Capacity development to empower low-income participants in an IB often is of a low priority and does not extend beyond operational training. Thus, the IB partnership is unable to overcome the historic power imbalances. The dominant position of the commercial partner allows it to transfer a non-corresponding share of the risks, in particular those related to the farming operations, to the smallholders. But the absence of insurance and other financial buffers requires them to be risk-averse. It does need to be stressed though that the commercial partner guarantees the bulk of the IB financing. The mitigation of this financial risk exposure becomes a crucial aspect in the set-up of the IB, for example through the participation of DFIs and governments grants. Lastly, smallholders often have ownership rights of the land, particularly following the land reform policies implemented by the South African government. This forces a dependence of the commercial partner seeking access to this land, with agribusiness partnering with smallholder communities motivated by commercial objectives rather than developmental drivers. Smallholder ownership within an IB does not go much beyond land. Assets to operate the land are at best shared with the commercial partner, and produce is often fully controlled by the commercial agribusiness. Such a structure severely limits the smallholder in their bargaining power regarding the proceeds of their land.

IB is not business as usual

Overall, the picture emerges of IBs as compound business entities. Complex structures mitigate the risks for the commercial partner in the unfamiliar relationship with the smallholders, but are too complex for smallholders to contribute to in a meaningful way. The long-term viability of the business is not aligned with the short-term financial needs of the smallholders. Instead, the interaction with commercial value chains comes with high risk exposure that many small-scale farmers are unable to absorb. The financial contribution, experience and networks that the commercial partners bring to an IB allow for positive developments. However, the structural differences of objectives and the overarching power imbalance, both during design and implementation, makes any true inclusiveness a serious challenge. This is a lesson for future IBs, in which partners need to take the time invest in understanding each other and their objectives of participating in these IBs. A business-as-usual approach will not result in fruitful partnerships that contribute to a more equal agricultural sector.

To scale your business in a sustainable manner, don’t try to be what you are not in order to appease other people outside of your business.