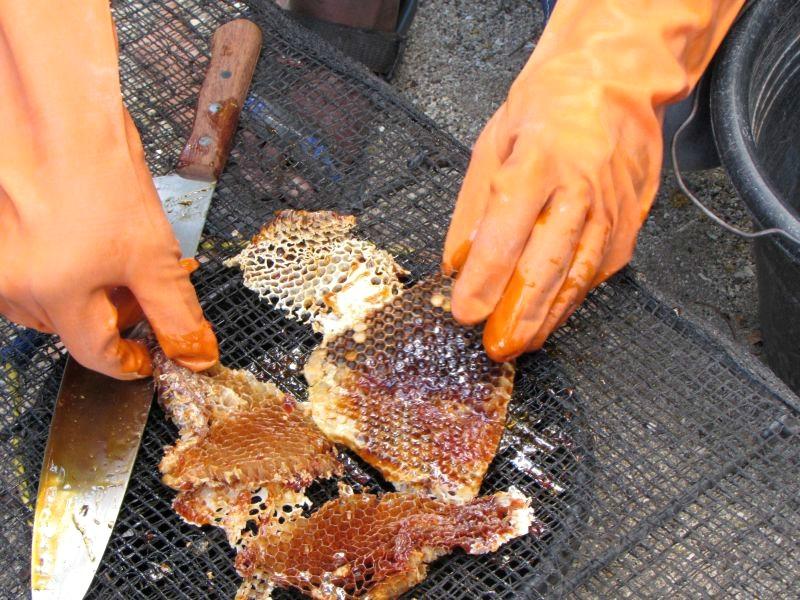 After five years in journalism, Vanesha supports Kopernik as a Communications Officer producing engaging digital content to showcase the organization's growing influence in finding what works.

Putting needs at the centre of product development: lessons learned from a forest honey filter prototype

User feedback and evidence-based impact are keys to moving from an isolated ‘solution’ to widespread ‘adoption’
BoP as customer
Innovation
Agriculture or Food
Retail, Manufacturing or Consumer Goods
Global
29. Aug 2018

There is a common phenomenon in product development. A particular product might pass all assessments and quality control, but struggle to be adopted by the intended users, leaving us wondering where it went wrong. These instances of well-intentioned solutions that turn out to be ineffective are a dime a dozen across all sectors – be it public, private, or development.

As a social enterprise that’s been working to find solutions that address persistent development challenges in the past eight years, Kopernik recognizes that effectivity of any solution hinges on the active role of underserved communities and an organization’s ability to quickly improve a solution based on evidence. For the development sector in particular, there is value in adopting a rapid experimentation approach together with end-users in order to find interventions that are effective under limited resources. In practice, this means being committed to include communities and their needs when developing the hypotheses and indicators of an experimentation project. One such instance is when we work directly with farmers in East Nusa Tenggara to develop and test a honey collection tool that could potentially increase their production.

Forest honey is a leading non-timber forest commodity currently prioritized by Indonesia’s Forestry Ministry, with a demand of around 3,000-4,000 tons per year. On the other hand, current production capacity in the nation is only around 1,000-1,500 tons per year. As demand for forest honey continues to grow, there is an opportunity to support small-scale honey farmers, so they too reap the benefits of the burgeoning market.

The idea for a portable forest honey filter came in 2016 when a forest honey farmer in the Sikka regency of East Nusa Tenggara shared with a Kopernik engineer about the lengthy steps that farmers need to take when harvesting honey. In the traditional method, farmers must use a number of tools that are difficult to carry into the forest. Small scale honey collectors typically use a straining method to process honey. They first cut the honeycomb into smaller pieces and lay the pieces on mesh over the bucket to drain the pure honey. After that, the honey is poured into a jerry can using a dipper and funnel. It’s a complicated and time-consuming process made more challenging by the fact that these activities are happening at the crack of dawn and in the forest. Going through these steps also accounts for significant production loss. One particular honey farmer, who was also the head of a farmers’ cooperative in the area, called Senoesa Forest Honey Production Cooperative and ended his story with a question to our engineer: “Could there be a tool that could help to simplify the work?”

Together with Senoesa Cooperative, Kopernik began developing and testing a compact and portable tool that would help farmers to move freely when harvesting honey in the forest. We developed three prototypes, with each iteration being closely guided by user feedback and findings from field testing. For instance, metal was used in the first prototype before a farmer gave feedback that the acidic nature of honey might corrode the metal. The move to change the plastic material to be transparent was also suggested by farmers who shared with us about their dark working conditions in the forest at the crack of dawn; transparent material would help with visibility issues. Taking all feedback and findings into consideration, we eventually reached the latest model: the K-Honey Filter.

With the K-Honey filter, the sliced honeycomb pieces that farmers harvest are placed on the edge of the filter and honey drains directly into a jerry can. The filter inside the cone removes the wax and impurities, and a wide diameter allows for more honeycomb to be drained at the same time. The process is also more hygienic than the traditional method, as the impurities do not need to be removed by hand.

The latest prototype so far has showed potential in simplifying the manual steps of honey extraction and in supporting farmers’ livelihoods. Our experiment found a 37.5% decrease in the time required for extraction, in addition to 6.25% more honey gained during a single extraction as compared to the previous filtration methods. This shows that the tool is indeed effective, however, a more important question for us: Do farmers actually use it?

By including communities early in the process and putting user feedback at the center of product development, we are able to learn and improve quickly to ensure an effective product that users will actually use. We are encouraged that widespread adoption of the technology will likely follow soon after. This seems promising for us in the case of the forest honey filter prototype.

Still, the experimentation journey for the forest honey filter prototype does not stop here. As the commissioned honey filters are regularly used by the farmers, our team will actively pursue feedback on ways to improve the tool according to their needs. A solution is not deemed effective by our own claim, but only when the benefits are felt by the community.

Debunking Myths on the Impact and Income of Women Sales Forces