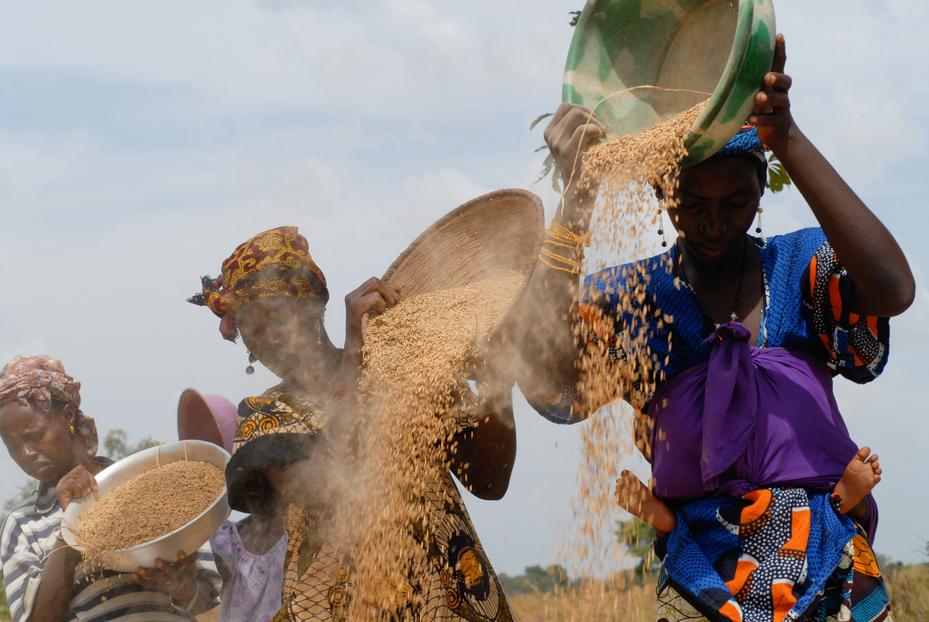 Taylor Quinn
How do we create food systems that work for everyone, everywhere? That’s the question that guides Taylor’s work. He is dedicated to building systems where food is delicious, nutritious, affordable, and local. Leveraging his academic background as an anthropologist and practical background as a social entrepreneur, Taylor spends his days with farmers, food processors, government officials, and most importantly, people living in extreme poverty who are his target consumers. Taylor has developed and rolled out JUST’s first line of products in the complex business landscape of Liberia, and is now set to scale to other countries with massive malnutrition challenges.

Can you tell us about JUST? How does it work?

JUST was founded on the mission of working towards a food system where everyone eats well. Today, the majority of the world´s food system is generally based on nine plants and about four animals, such as soy, corn, wheat, rice, sugarcane, chickens, cows, and pigs. It is scary when you think that we live in a world where this big complex system is based on only a couple of variables. If anything goes wrong, there is a massive impact. In reality, there are 357,000 species of plants out there, most of which have never really been looked at for their potential application in the mainstream food system.

When JUST CEO Josh Tetrick founded the company, he wanted to create a food system where products would be sustainable for the environment, good for health, delicious, and really affordable—all while being really accessible and sold in places like Walmart. At the company, we source plants from around the world. We analyse those plants using a discovery platform. Our company is made up of 45 per cent research and development, while the typical food company is only about 6-8 per cent. We developed a system of custom-built robots, and we have a team of everything from Michelin star chefs to data scientists to food chemists to analyse the functional and molecular characteristics of plants and then turn those plant discoveries into mainstream food products. We just came out on the market with an entirely plant-based scrambled egg. It looks, tastes, and scrambles like an egg, but it is made of mung bean protein.

What does it mean to "create food systems that work for everyone, everywhere"? What are the ingredients of a food system, and what do you need to create one?

A food system that works is built around four core principles:

To get to that end place where those four things can all be true takes building supply chains of farmers and designing manufacturing facilities that are really tailored to a local context. In Northern Liberia for example, our facility had to be completely off the grid, because the cost of electricity is just too high. We had to design machines that could be built in Liberia by local machine shops, by machinists who are illiterate. In short, we see food systems being kind of the entire value chain.

Another point is that organizations in the public sector, whether it be GIZ, DIFID or USAID, often put all the money into the supply side of agriculture. When people in the sector think about food in Africa, the image they have is of a smallholder woman farmer harvesting her crops or people eating fresh products in the markets. But companies like Nestlé and Coca Cola have been known for years in any peri-urban or urban city or town across Africa. People are not eating fresh products any more, but like in most parts of the world, they are eating processed food.

Kellogg´s, for example, just built a multi-million-dollar facility in Nigeria. Kellogg´s is marketing Cocoa Puffs and Frosted Flakes, with 40% sugar, to Nigerian kids under five, and they have a sales team of 3,000 people. If you are a Nigerian entrepreneur that has had support from USAID on packaging or food safety, but no support on the demand side—on marketing and creating a sexy brand—then you are absolutely getting crushed.

Our focus is on working with local entrepreneurs on that demand side. How do you go toe to toe with the likes of Kellogg´s and Nestlé, to create a sexy brand that gets people excited?

How do you integrate environmental aspects into your business model?

When you start from zero and try to think from a fresh perspective on how to build food production systems that work, you have to take into account the environment at the core of what you are doing.

Sustainability and the environment are not things that we have thought about as add-ons. From day one, we have been asking the tough questions: how do we do it right? How do we source the highest quality ingredients from small farmers that have diversified offerings, so we are not supporting a monoculture? How do we support farmers that are operating in parallel to rainforest preservation?

If you factor in the environmental cost of the operation, then you have to design a model that is healthy and aligned with environmental goals.

What are your basic principles in order to achieve social and environmental impact at the same time? Do you perceive yourself as a vegan or organic company?

We are not, per se, a purely plant-based or vegan food company. There is not one set thing that we focus on, like organic, kosher, non-GMO, or plant-based. We focus on all of those things, in part, because they are all steps toward building a food system that works.

We have set out to ensure that everyone eats well. If you take a look at the map and the growing population numbers in a number of emerging economies, the method of relying on factory farming just doesn’t make sense. There is neither enough land nor enough water to feed people the amount of meat, eggs, milk, and cheese that the world is going to require over the coming decades. As a company, we have started looking at cellular agriculture. Our work there is the best example of how we are not solely focused on plant-based substitutes, since we are now actually growing meat in labs. We think that at the end of the day people will want and need to eat meat.

If you are only thinking about becoming a big company that focuses on organic or plant-based food, then you lose that accessibility piece. There are very few companies focused on sustainable food that also sell in Walmart or in open air slums in Monrovia, Liberia. When accessibility is your focus, you have to go far beyond conversations around ‘organic’ or whatever it may be.

Is the sustainability of food systems also something that you try to bring to your customer?

Yes, very much. The big perspective from the public sector, and from many in the private sector when it comes to food, is that we need to change consumer behaviour. The big focus is on having people eat more diverse diets and less packaged food. All of those efforts are important, but we think that it is an entirely wrong way to think about the problem. In the world we live in today, it is actually possible to just focus on innovation to such an extent that you never have to change consumer behaviour. If someone buys an egg today, could we make an egg that tastes, looks, and acts exactly the same as the egg in the market today? Because only then will you really reach the mainstream, in our opinion.

I should be able to hand our product to a grandmother. Whether it is a Liberian grandmother or a grandmother in another country we operate in, that grandmother should know exactly what our product is. She should be able to cook it exactly the same way she has been cooking food for the last sixty, seventy years. It should perform the same way. She shouldn’t have to change anything she is doing. As a food company, it is our job to design food that is completely adapted and tailored to how somebody is already consuming food.

What are other key factors in order to make your business model work?

At the end of the day, we have to ensure that the economics and margins are strong for every player in the value chain. That is a continuous process of trying to reduce costs in every way. Everyone I talk to in the industry tells me: “The economics of selling nutritious food to the poorest of the poor is that it just doesn’t make sense.” I have heard that from the world´s biggest food companies as well as from the world´s biggest public sector institutions. We found that this is actually not true in Liberia. It has been the core to our success, building a business model where local entrepreneurs are making money, farmers are making money, and the market vendors who sell our product in small shops are making double the margin than they would selling any other competing product.

Thank you for talking with us, Taylor!

JUST is always looking for potential partners to collaborate with. If you would like to get in touch, please contact info@ib-an.net

The Washington Post: "The Silicon Valley food start-up best known for its vegan mayo thinks it can cure malnutrition in Africa"

Food Dive: "Not JUST food aid: How a manufacturer plans to feed the hungry - and profit"

Interview Will Coetsee: “Botanica is ready to engage impact investors”